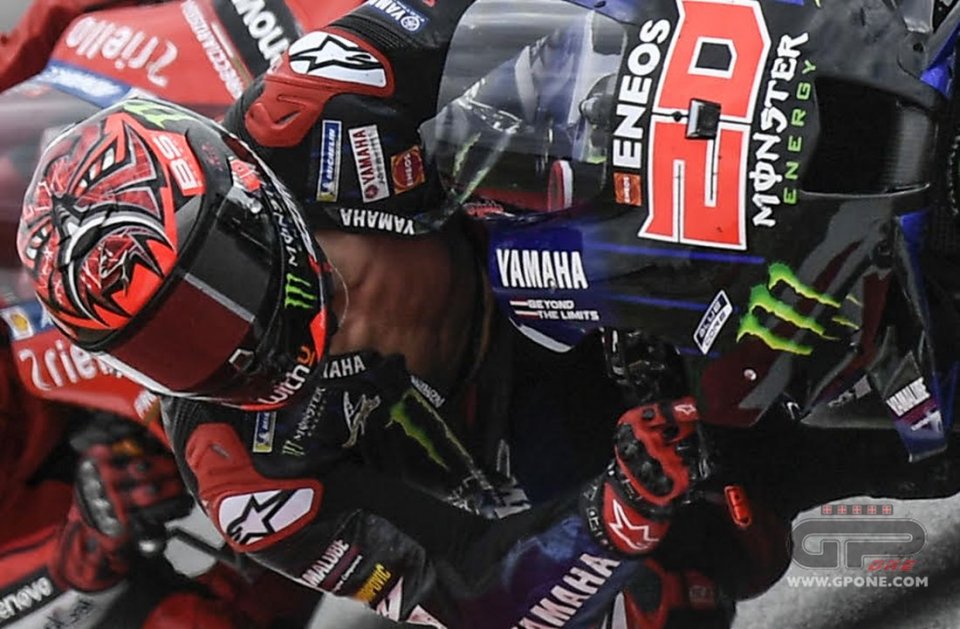 The decision not to stop Fabio Quartararo after his suit had completely opened wasn’t liked by many. By allowing the French rider to continue his race, his safety was jeopardized, because it’s easy to understand what could have happened in the event of even a simple fall.

At the end of the Grand Prix, Ducati and Suzuki presented a report to Race Direction requesting an explanation on the incident. Article 2.5.5.2, paragraph 1of the regulation clearly states that riders must wear a helmet, suit, gloves, boots, and back and chest protection (the latter Fabio lost in an attempt to close his zipper). And there's more: “Clothing must be worn, properly fastened, for the time you are on the track.”

Clearly, what happened to Quartararo made him an “outlaw". It wasn’t his fault, of course. The situation can be comparable to that of a technical breakdown on a motorcycle. In that case, so as not to create a risk for the rider and everyone else, the rider is stopped by a black flag with an orange circle in the center, which warns him to return to the garage to solve the problem.

Fabio, on the other hand, was not called in and ended the race, putting his safety at risk.

Race Direction is assessing the report. We’ll be following with updates as soon as they’re available.