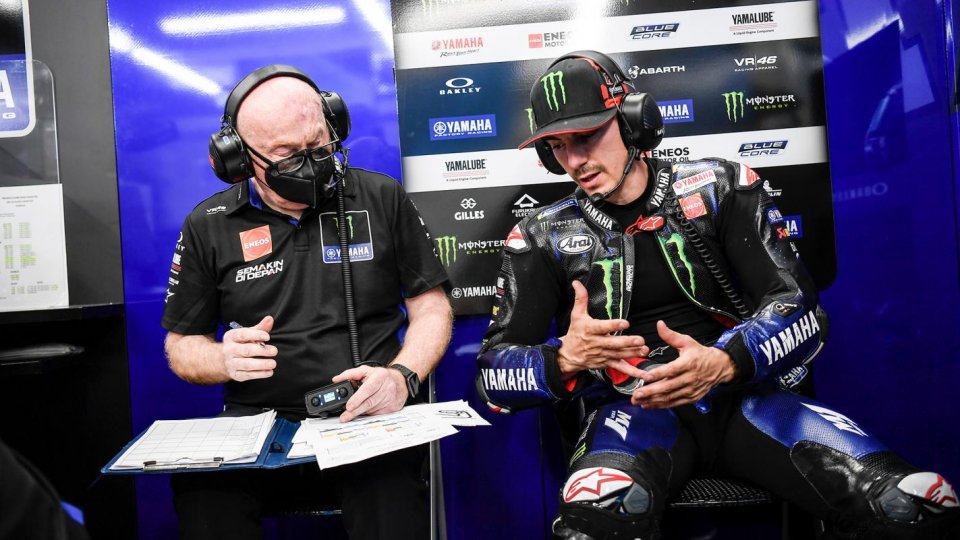 “I have adapted over the years, now I don't want to make a mistake again”. Maverick Vinales used these words in an interview with DAZN, in which he talked about the past, as well as his future ambitions. The words of the Spaniard certainly did not go unnoticed, so much so that someone even suggested that he was saying farewell to Yamaha.

"To tell the truth, I'm a bit tired that every time I have to be here to explain my declarations - he said – More than anything I want to clarify that I was quite general and my words were distorted. It seems that we cannot speak in general, because then controversy happens and they always try to put me in conflict with my people and my team and then attack me. All of this is a bit tiring. What I meant is that in the past I have made mistakes and as a result of this experience I would not want to make them again. In 2014 I could have done one more year in Moto2 to keep growing, but Suzuki offered me MotoGP. Now I'm with Yamaha and inside I am proud, because I feel good and they have the utmost trust in me ”.

With that matter over and done with, we then talked about what happened on the track.

"We are working to understand the situation and I must say that there has been a big improvement over yesterday. In fact, we tried to get the right information, obviously comparing the two bikes available. In FP3 this morning I was competitive, as I had some excellent sensations, while in FP4 I tried to do better, but without doing anything sensational. As I have already said, with Silvano we are trying to work one step at a time to find the right compromise ”.

Finally, attention turned to the tyres...

"I have to say that with the medium I have a good pace, while the soft risks being a bit softer than usual and as a result we will have to evaluate it. In FP4, however, I found good grip, even if the bike risked sliding with the hard. At the moment the best option is to choose front and rear mediums, even though we are aware that the tyre will deteriorate tomorrow ”.