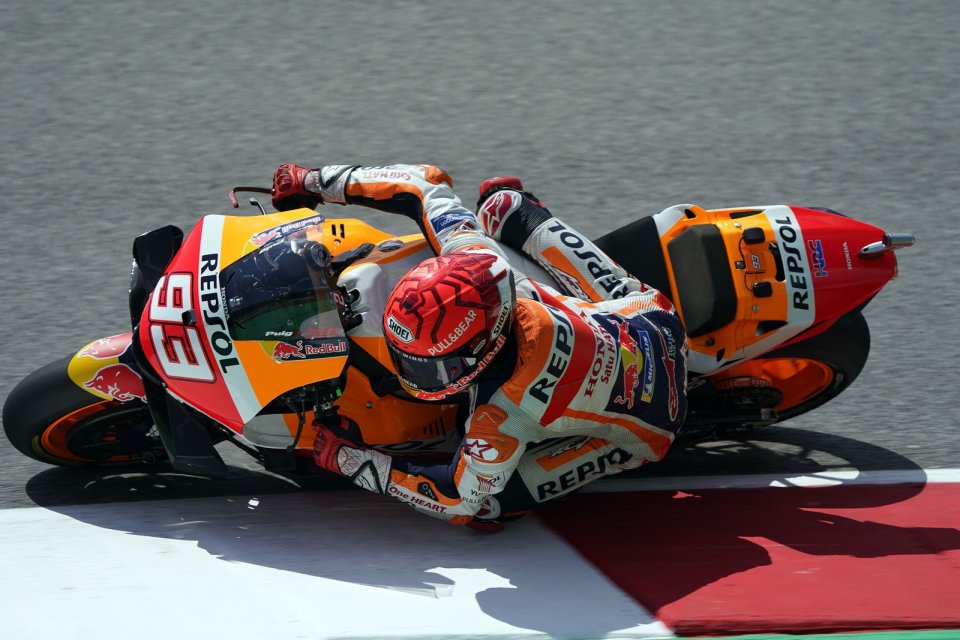 Marc Marquez is struggling to get back to his previous level of form. The effort he is making to become competitive again is under scrutiny by the entire world, and when the TV shows him, in the pits, that between a run and the other he is massaging his shoulder, we can see what his weak point is today: fitness. For this reason it is normal that the greatest concern, and curiosity, revolves precisely around his current state of health.

"Mugello was a difficult race, like the others so far - explained the eight-time world champion - but returning to race here and doing it with the fans watching us will certainly be a very positive experience. I am still in the phase of recovery so I don't think the actual result in the race will make much difference, I will still concentrate above all on my recovery both physically and in terms of feeling with the bike. "

We knew the return was not going to be easy for you, so it was also difficult to have an idea of what we could expect from you. What has struck you the most since your return to MotoGP?

"For sure the physical aspect is playing an important part. When you are forced to stay at home and you lose confidence it is not easy to go back to the previous levels. You think you are ready and you can go back to the gym and ride a motorcycle, but a MotoGP bike is a completely different animal. To compete at these levels, with these bikes and among these riders, there is no way to prepare but to get out on the track and get back into the game. "

How difficult was it to relate to your Honda again?

"I think that both the bike and I need to improve, so we will need kilometres to regain confidence and get back to the levels we were before."

Did the absence of Cal Crutchlow make itself felt in the development of the bike?

"The fact that last year I was not on track and even Cal was on track but not at a very, very good level influenced the development of the bike, so maybe we lose there one year to continue the development and to keep the same level as our opponents. But Honda is working very hard to try to improve, to try and give all the riders a good bike, a better bike and an easier bike."

Given your current physical condition, have you ever thought about asking Honda to make the bike "easier" to ride?

"Finding the right compromise with your bike to be able to push it to the limit is not easy, in 2019 during the tests I crashed several times before finding the right setup. We are working together with the other riders to improve the bike and make it better for all of them, but in my specific case to get back to the top both me and the bike will have to help each other, and this will take time.”

The fans will also return to the stands, what do you think about that?

"I am very happy about it, it has already been seen in other sports, I think it is a very positive sign both for the racing world, for the fans but also for us riders."

Do you think their presence will have any influence on the race?

"Not in terms of riding, but certainly the emotion that their presence entails at the end of the race and during the prize-giving ceremony is something that all of us were missing, I think. The atmosphere they offer is something unique and always different."