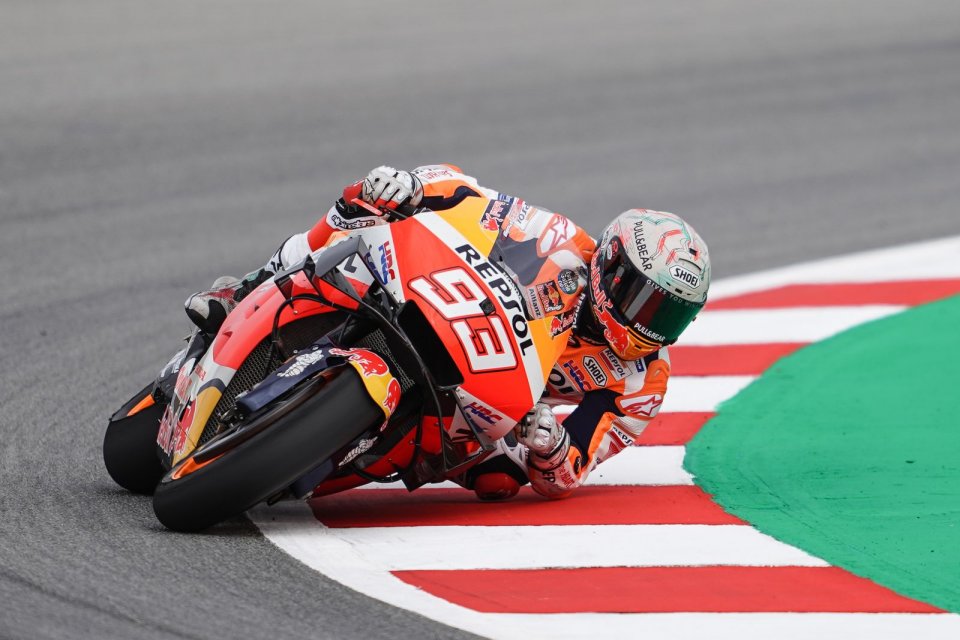 Marc Marquez is continuing his path of recovery and he ended the first day of practice in a not particularly encouraging 15th position just over eight-tenths from the provisional poleman, Johann Zarco. His team-mate, Pol Espargarò, on the other hand, provisionally managed to get into the top ten and could avoid pre-qualifying if the weather worsens tomorrow, thus preventing him from improving his time.

"My general physical condition has improved compared to the last race, but I still have to change position in some corners, especially in the first segment and towards the end of the track - explained Marc - At the end of the straight I don't feel any problems when I brake suddenly, there I can ride with my usual style, but when exiting the corners when maybe the front is moving I still have some problems ... For me it is difficult but we must not have any illusions and be realistic with the state of things. At Mugello I suffered quite a lot, but in the end I was better, it was better here than Friday in Mugello. What I need is to ride because we are not football players who can train with the ball, we have to ride a MotoGP bike. This is a process we have to do, of course it is hard but we have to do it. Even I am not in a position to help in the development, if I were in good shape I could fight for the podium but it would cost me more than in 2019, it would be difficult. All the Honda riders are suffering but we are working, we are a team. Now we need to get the best out of the Honda”

The Barcelona circuit has undergone some changes and has never been the best for grip.

"The conditions look good to me, I tried the hard compound I had already ridden with in 2019 and I felt good, but we could also use the medium which is asymmetrical and is good for this track. We also have a soft option on the front. which is not a real soft one and which is good for those riders who do not stress the front too much. "

Today many riders complained about grip problems on the asphalt, we saw you try a soft tyre on the rear, is it a valid option?

"It is true that in the past, when there were problems with grip, we were the fastest, but this year the other manufacturers have made big steps forward in the development of the bikes. On this track, grip will be essential and at the moment the Yamahas are the fastest in the corners, so I will continue to try both the soft and the medium tyres. Maybe I will also try a harder compound like Morbidelli did, but a lot will also depend on the conditions of the race track this Sunday. "

So you still don't have a precise idea on the type of tyres to use?

"On Sunday I will certainly also keep in mind the choices of the other riders, at this moment I don't feel I have the necessary sensitivity to be able to take this decision with absolute certainty."

Looking at the classification, at the moment the first Honda is that of Pol Espargarò. Probably if Marquez were in optimal shape he would win, but isn't it possible that the bike is also having problems?

"For sure we Honda riders in this first phase of the championship are suffering, first of all I am not in the best condition to be able to help with the development of the bike, but we are still working together to get the most out of it. Specifically, as a rider, I have no illusions. In my current condition you have to be realistic, but since Mugello I feel that I am improving. In the end, the only way to improve is to continue racing. "

Last weekend there was also Mick Doohan at Mugello. Did you have an opportunity to speak? There was a lot of talk last year about the similarities between your racing careers.

"Yes, I had the opportunity to talk to him. I will not go into details but I can say that it was a great chat, very positive, it was a pleasure to be able to speak with a rider of his caliber and with very similar experiences to mine. I felt like a child at school again, listening to his every word, after all he has always been one of my favourite heroes in this sport ". 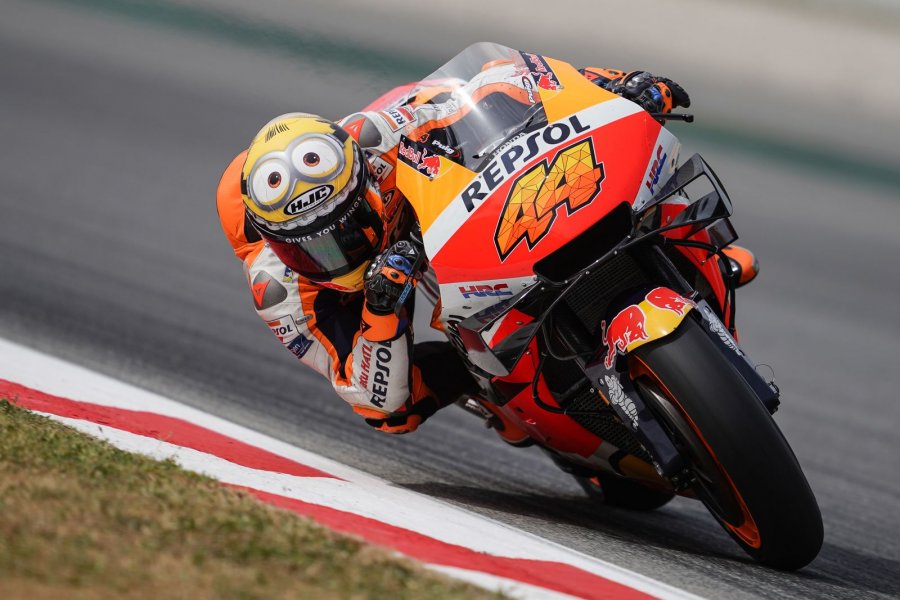 Pol Espargarò doesn't like Barcelona very much, despite it being his home track.

"It was a strange day to be honest - the younger of the Espargarò brothers explained - Normally this is not my best track because it is hot and there is little grip and I am a rider who prefers different conditions. The times came quite easily both in the morning and in the afternoon, we weren't pushing much and the times came. But when we put the soft on the rear of the bike, everyone gains an extra second but we can't find it, so this is where we are suffering at the moment. Apart from that, our feeling is very good and we started the weekend well. We also have to say well done for the new turn 10, it's very nice. "