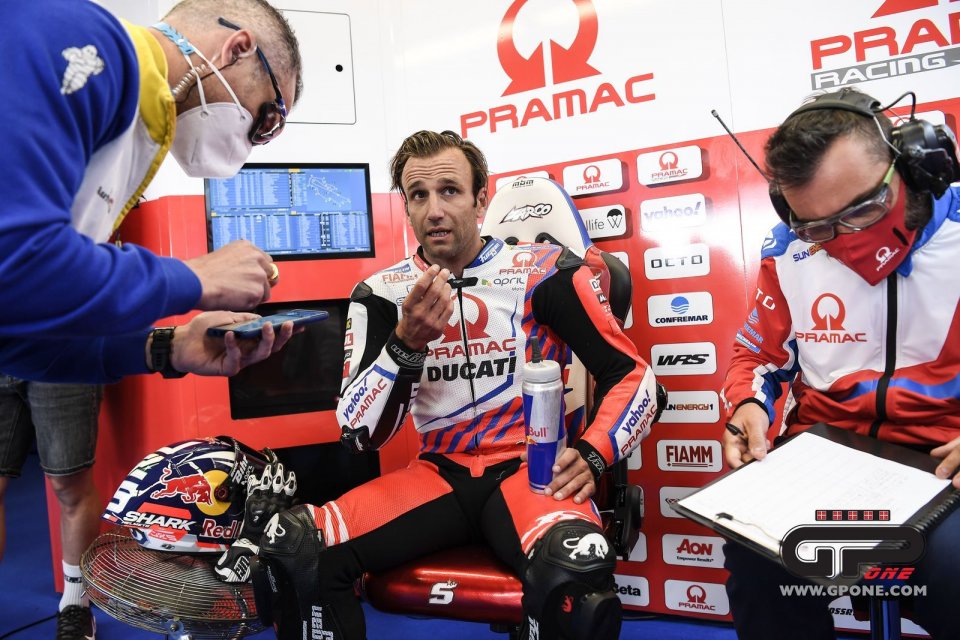 On an opening day that was more difficult than expected, during which most of the riders on the Borgo Panigale team managed to get into the top ten only in the final moments of the FP2, Johann Zarco was the one who held the “red flag” up high today. Already very competitive in the morning session, along the 4,657 meters of the Circuit de Barcelona-Catalunya, the French rider achieved the best performance at 1’39”235 at the end of the second free practice session. Besides having beaten Franco Morbidelli’s and Fabio Quartararo’s Yamahas, he was aware of being by far the best Desmosedici of the group.

“I’m happy to be at the top,” he began. “I’m suffering less than the previous weekends. I had a great feeling on the bike starting with the FP1, and I was fast in both laps. In the final minutes of the FP2, I followed Quartararo for two consecutive laps. It helped me significantly to get that reference, but I think it would have been possible to do so even if I had been alone. At the same time, I was able to understand the areas where we need to improve from a developmental perspective.”

Fresh from renewing his contract, the Pramac Racing Team’s rider fully took advantage of his fellow countryman’s driving force, therefore, being able to complete two thirds of the virtual front row of the grid.

“It was a coincidence. We both left the pit lane within seconds of each other. There are two French riders in the top three. We’re doing better here than in Le Mans,” he said jokingly. “If these numbers are confirmed, I’d like to see a large number of local fans in the stands on Sunday.”

Irony aside, the strange conditions of the Catalan track seem to make it easier for the two-time Moto2 World Champion. However, the choice of Michelin tires today held the stage. A real puzzle, up to now.

“It was really hot today, plus, the track doesn’t have much grip. Compared to the past, I’m able to use the front more. We haven’t tested the full range of tires at our disposal. This morning, and in the early part of the afternoon, I mainly used the medium, while I tested the soft on the rear for only two laps, even if it could be a valid option for the race. Nonetheless, some were able to reach decent times with the hard, so tomorrow we’ll have some work to do in this regard,” he concluded.