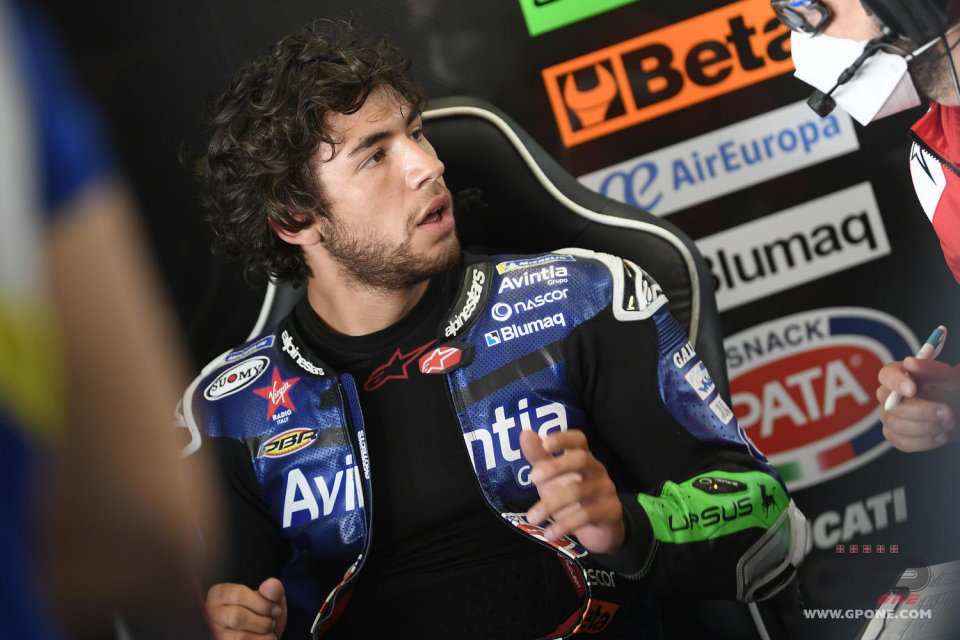 Enea Bastianini scored a magnificent top ten place today in Barcelona in the combined, which puts him right now on the group of riders who will fight for pole in Q2 tomorrow. The cool temperatures that emerged in the afternoon at Montmelò helped the Ducati riders, so much so that Johann Zarco put in an excellent performance, ending the day in the lead aboard the Pramac team's Desmosedici.

The Avintia Esponsorama rookie was very effective on this day of free practice, immediately wiping out the disappointment of Mugello, when his race was practically over before even starting after the collision with Zarco at the end of the formation lap. An episode that now seems to be just a faded memory following the outstanding performances put on by Bastianini today. It also seems that Enea's future in MotoGP may still be linked to Ducati, with an almost certain agreement between Gresini and the Borgo Panigale manufacturer.

"I was already very calm - commented Bastianini - because I had my offers and above all I was certain that I would be able to be fast in all the sessions. I am happy with the idea of ​​continuing with Ducati, but for the moment it’s not certain because Gresini hasn’t signed yet, but we’ll see. "

You seem to be more at ease in MotoGP now.

"I am adapting more and more and the time has come to show what we can do right away. If we arrive at Saturday without sorting things out, we start too far back and then on Sunday we always manage to have a good race, but starting from 18th or 19th you struggle. I want to be up front right away ".

An excellent start after the setback of Mugello.

"Yes, after Mugello we needed to start on the right foot here and I finally succeeded. Usually it took me longer to be fast, but here I was immediately close despite a not perfect time attack. I can only be really satisfied for today with my eighth time ".

Do you think you already have a safe place in Q2?

"For sure the time set today will not be enough tomorrow, but the sensations are really good from this morning. I finally had a decent Friday, managing to be faster than usual. I have to work well with the used tyres because it seems that the Yamaha and Suzuki treat them better than us. Tomorrow I will try to take a step forward also on the time attack ".

It also seems that you feel particularly comfortable on this track.

"This is one of my favourite tracks, even if there is little grip. But with the MotoGP it's not bad, also because the power helps a lot. It won't be easy to choose the right tyre for the race. There will be a lot of options on the table. But with new tyres I can push hard in the time attack and it was enough for me to do one to be in Q2 at the moment. The previous lap I also went into the gravel and I wasn't very focused. In the end we are up there and I think I can still improve tomorrow. Zarco went very fast, this means that the Ducati is competitive here. "