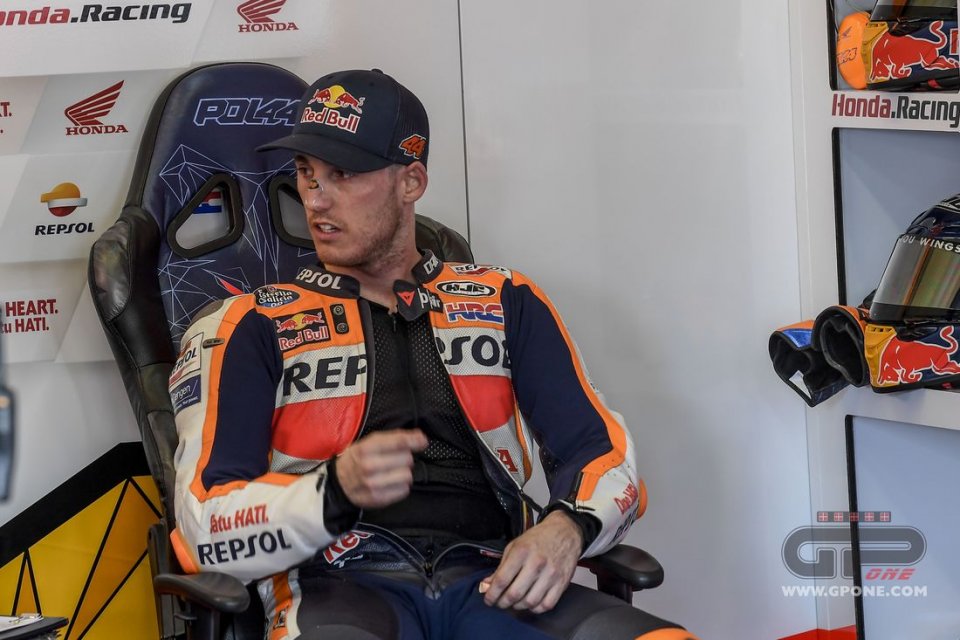 Exactly 20 races have gone by since Honda's last success in MotoGP, since Marc Marquez triumphed at Valencia at the end of an almost perfect 2019 season. After his injury, the trouble began and things don't look as if they are going to get any better quickly. Last week, at Mugello there was not one single Honda in the top 10 for the first time in history.

“It was a disastrous race” said both Espargarò and Alex Marquez in unison on the eve of their home GP in Barcelona.

It’s plain to see that the RC213V has problems and Pol is looking forward to next Monday's tests: "They will be very, very important - he declared - Not only to try out new things, but also to be able to concentrate on the bike and riding without the pressure of the race weekend. We are one step behind the others and we must improve ”.

“By working together, even if it's not easy when things don't go well, you worry – was his response - I haven’t even been lucky, in two races I had some technical problems, but I have to trust Honda. Until a few weeks ago we did not even understand where the problem came from, now we do and from Japan as soon as they have some improvements they bring it. We have something new here too, even if we don't yet know if we will use it in the race or just in the tests. However, it is not sufficient to ask for six new frames and three swingarms, you have to work differently, understand what works and what doesn't. It is a process and it takes time ”.

Which quite simply does not exist in racing. In addition, even the new Michelin tyres do not help…

"Last year I saw it from another perspective, because the new carcass represented an improvement for the KTM - recalled Pol - while the Honda was penalized. Unfortunately, with Covid, there have been fewer opportunities to intervene ".

The tyres are also a problem for Alex for the RC213V and he had another confirmation at Mugello.

"I started with the hard front tyre, which would be the best for us, but this year we are no longer able to bring it to optimal temperatures and pressure and it doesn't work - explained the LCR rider - That's a problem, then we also need more grip at the rear, in order to have a more stable bike and be able to be more consistent ”.

"I also have a lot of work to do on myself. If I look at Marc's qualifying and Takaaki's race at Mugello, I could see that they were faster than me and that I still don't make the most of the bike,” he admitted.

Have the two brothers had a chat about things at home these days?

“We often talk about bikes, but usually about motocross and enduro, rarely about MotoGP, just a few comments - revealed Alex - I don't like bombarding him with questions every day, also because it's clear what we need to improve. When you are at home it is also important to relax ”.