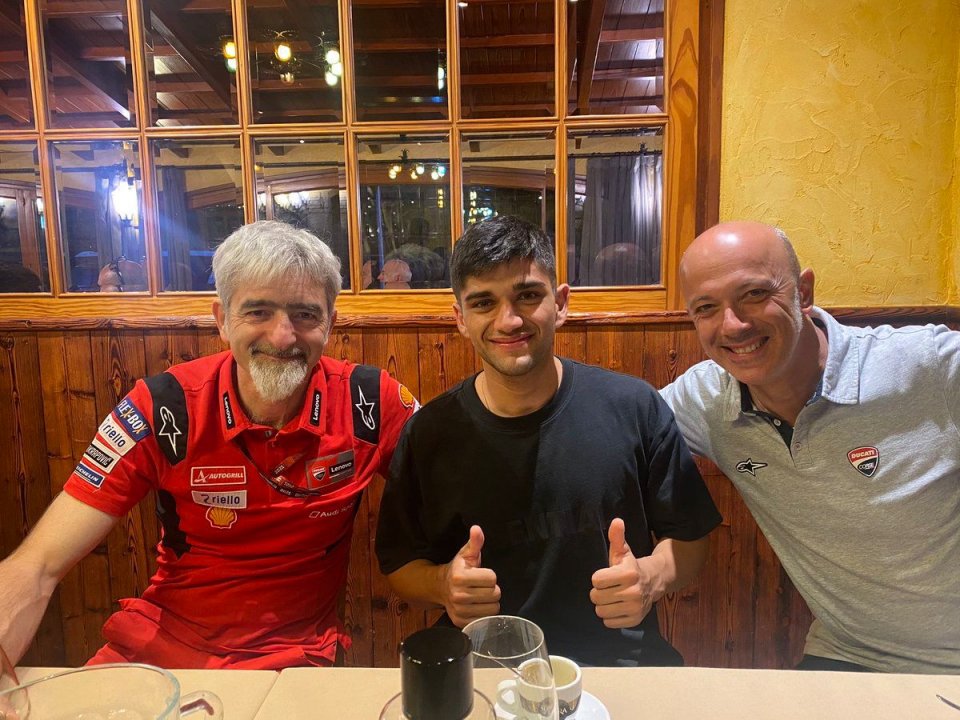 After the terrible fall at Portimao, Jorge Martìn finally sees the light at the end of the tunnel. The Spaniard, a rookie in MotoGP this season on a Ducati for the Pramac Team, is ready to get back on the bike for a race weekend, and the Barcelona track will be the place to see him back in action. Jorge had literally enchanted on his debut in Qatar, collecting prestigious results in the first two stages of the season. Now that path, abruptly interrupted by the ugly flight at Portimao, will be back on track.

Martin rubs his elbow on the grass. But the Ducati will have to wait