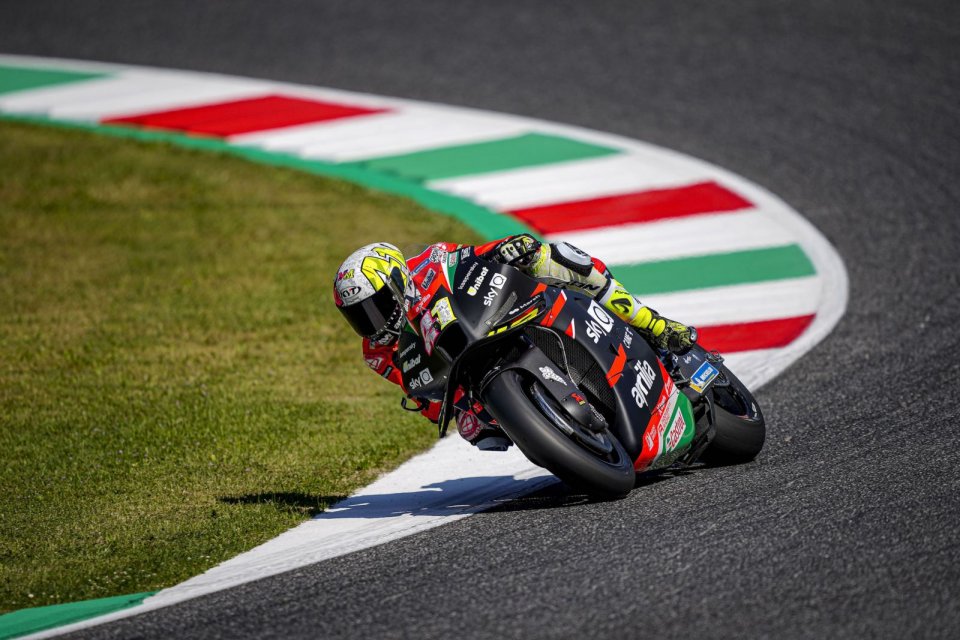 While in the opening rounds of 2021 he had astonished everyone, at this moment in time the Aleix Espargarò-Aprilia combination has turned into an authentic certainty. After a positive seventh place on the ups and downs of Mugello, it is already time for both of them to throw themselves headlong into the next round scheduled this weekend at the Circuit de Barcelona-Catalunya. Having grown up a few kilometers away, in Granollers, his home GP has always been a particular and special event, one in which he tends to "throw his heart over the obstacle". And the Spaniard is fully aware of this…

"I carry Catalonia deep in my heart. This is where my passion for motorcycling took shape, as a child I heard the noise of motorcycles ever since school - he said - in addition, there will be a large number of fans, little by little we are returning to normality. The weather does not bode well however, it might rain on Sunday, which means that we will have to work hard from tomorrow morning ".

Unlike the recent past, data in hand (apart from Le Mans) the Spaniard has always finished in the top-10 and never with a gap of more than ten seconds, demonstrating the remarkable steps forward made by the Noale manufacturer. Now only the icing on the cake is missing ...

"The goal is to get back into the fight for the podium, in the previous races we managed to stay in the top positions every time, just a few seconds behind the winner. This year the gaps are particularly reduced, so I will have to give my best ".

Nonetheless, over the past few hours, the possible marriage between Team Gresini and Ducati has been the main talking point, an agreement that would prevent the company headed by Massimo Rivola from setting up a satellite structure with a view to 2022.

"On the one hand I am disappointed because, in the case there is a second team, I would no longer be the top rider of the project and I would not have the opportunity to test all the new components - he specified - on the other hand, I’m happy as it would confirm the progress we have made in recent seasons - to which I have contributed to a large extent - through two additional RS-GPs on the track. In any case, we must try to continue on the right path and perfect some small areas ”.

Aprilia is pushing hard to prepare four RS-GPs for next season, something that would facilitate the data analysis and the work of the technicians. In this sense, the performance of those who ride the bikes is certainly important. The higher the speed, the easier it is to understand the target of the bike.

“We and Suzuki are the only ones to operate on our own, but Joan Mir and Alex Rins compete with similar performances. This factor helps the squad to better develop the bike. Lorenzo Savadori is a fantastic guy, he's improving fast as a rookie, but it's not easy to climb up the table. In today's MotoGP it is essential to have a couple of fast and experienced riders”, he concluded.