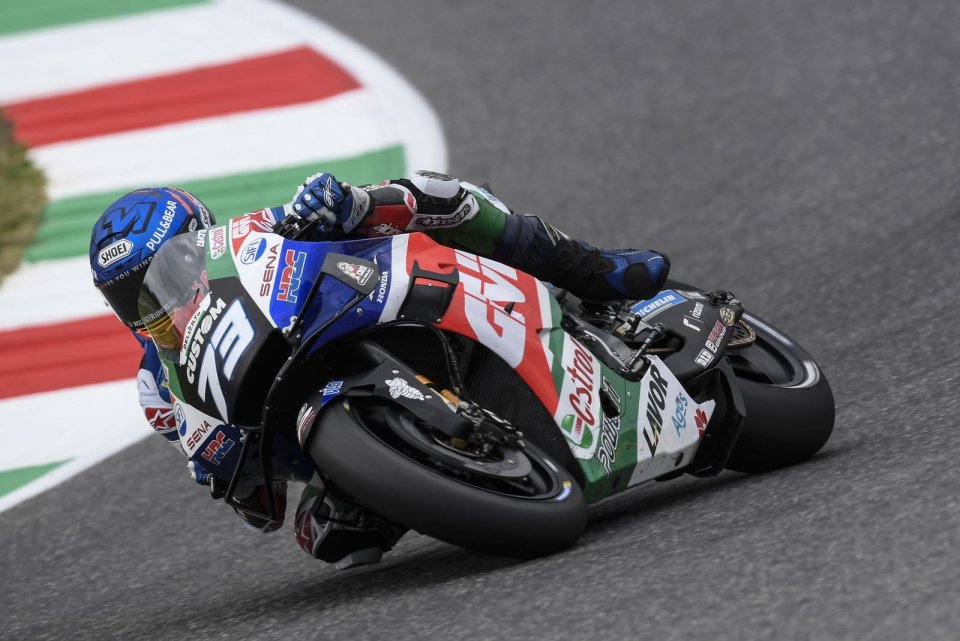 It is not only Marc Marquez who is facing a difficult season; his brother Alex, who has moved to the LCR team, is no exception. At Mugello the two-time world champion finished the GP in 14th position, 29 seconds behind the winner. Spanish sports publication Marca asked him if being in a satellite team is helping him manage the pressure of riding a Honda.

“In the end, the pressure is always the same - he replied - I'm trying to do things well and improve every day. It's clear that I'm not at my best at the moment, I don't think I'm giving my best in this sport, so let's hope we can start reversing the situation at Montmeló, where I had a great feeling last year. Because of my riding style, I think it can be a good circuit. We will have to start very intensely from Friday morning, very focused and with things very clear in my mind. We have to keep pushing. I'm stubborn, I think it's the best way to be in situations like this, I'll try to reverse the situation ”.

When asked about the handling of the situation after the accident that befell the young Jason Dupasquier, Alex Marquez replied with sincerity.

“I saw that a lot of riders were critical. On other occasions, at least we have been asked. You can ask the team bosses what we think. Here, at least for me, it didn’t happen in this moment. It was hard. It may not have been handled in the best way, but that's about it. The race was over. We finished as we finished and there is no going back and forth. Racing for Jason was perhaps the best thing we could do ”.

Obviously the most important question came last: will his older brother be the same as before? At the moment both riders are not in top form...

“We both know perfectly well the situation we are in. But we can't be each other's psychologists, no. Each of us is trying to improve in the best possible way, to do our best to move forward in this situation. We have to get positive things out of it and we both like to do it. Yes, there are technical problems and we need to improve in that aspect, but I, personally, also need to improve my riding and in some places achieve something more. Last year, when I was a bit on my own in the Repsol Honda garage, it was even more difficult and I was able to get out of it. There is still a long season ahead and we need to be positive. At Mugello, Marc was one hundred percent honest with himself and with everyone else. He is missing a bit on a physical level and he has some discomfort that prevents him from being one hundred percent. He is suffering. The Honda, as we know, is a very physical bike. When you can't push as much as you have to push, it's a bike where there are a lot of problems, it gets harder. I have no doubt that we will see the Marc of before when he has recovered one hundred percent. He will go back to being that Marc of the ‘saves’, when he did what he wanted with the bike. There is no need to panic either. We need to fix the physical side and he needs time. That winning instinct that he has made him make some small mistakes, because he is not physically fit, but for everyone at Honda it is a great help that he is here ”.