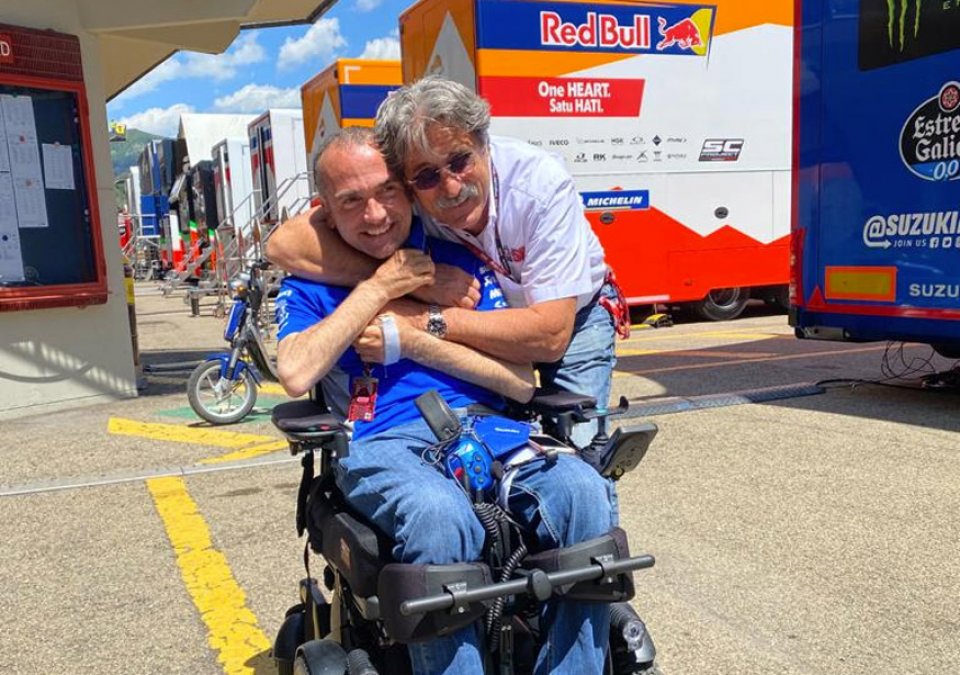 After every Grand Prix Paolo Simoncelli entrusts his thoughts to a sort of open letter. The Mugello weekend, which was marked by the death of Jason Dupasquier, particularly touched him and we leave you with his words.

"This Mugello has been incredibly sad, from the first step I made inside the circuit on Wednesday morning, to the last one I made to get out on Sunday afternoon . In the first place, because of the empty grandstands that where replacing the sound of the engines, of the chainsaws, and the smokebombes of few years ago, when the slogan was “you can’t sleep in Mugello”; as last for the  heartbreaking news of Jason Dupasquier.

It has been a stormy start of the weekend for Lorenzo Fellon, we discussed a little as I was trying to explain him “calmly” how the life in a team works. He fought from the last position to the middle of the classification, so I guess he understood, I’m satisfied.

Pole Position on Saturday for Tatsuki Suzuki after struggling in the last races, which I catalog as “various and eventual vicissitudes”. He did a good race as protagonist, but in a rage of very few tenths of a second there were so many riders and the main strait of Mugello is never-ending. The Pole Position always gives huge emotions, but we “made up” for real just when he gave me his watch as a present.

It is hard to say, and hard to hear it, but motorcycling sometimes pretends something back, like a tax to be paid. It is a risky sport, expensive, the riders knows it, we all know it, but when it’s time to pay we’re never ready. My thoughts goes to Jason’s family, I know that type of pain and there is no consolation. I know they have another son riding, now they’ll have to face another difficult decision.

In all the interviews I’ve made in those years, I’ve always said I’ve been lucky for the way I lost Marco, without suffering, leaving while doing what he loved the most, without living in pain or suffering or limited after the life full of experiences he had. Because one thing is to be born in a certain condition, another is to adapt after an accident to a life without the use of your arms and legs, I think it would be difficult to accept it. But then, on Saturday, I saw Elvio, one year after his accident, with his father Aligi Deganello cuddling him, both smiling.

Elvio was the same Elvio, in spite of everything. They still have the chance to hug each other, to laugh together, to talk. I’m so happy for them and seeing them even closer than before, it made me think that... well, maybe “I’ve not been that lucky”.