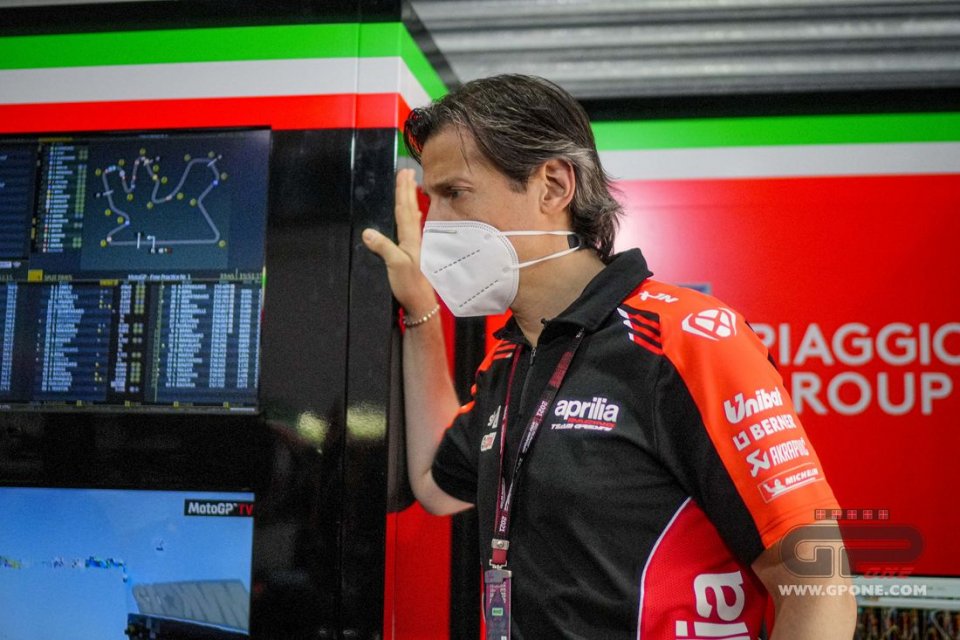 Time is passing quickly for Aprilia, so much so that the Veneto manufacturer would need to exceed the speed of light to slow it down. A goal that not even the increasing performance of the RS-GP with Aleix Espargarò on board can achieve.

The Spaniard’s eighth place at Mugello, less than two seconds behind Jack Miller and well ahead of Maverick Vinales, confirms the growth of the project, which is competitive, as confirmed by the gap - about 8 seconds - from the winner Fabio Quartararo.

However, Aprilia is fast only on the track, because in the pits it is still on the starting blocks. Performance-wise today, it occupies a place somewhere in mid-field, but doesn't move much. Or so it seems.

These are the facts: the manufacturer led by Massimo Rivola has expressed its intention to double the number of its bikes on the grid and field a satellite team. It was thought that this could be Gresini's team, but recently that possibility is rapidly diminishing because Ducati, which intends to arrive at eight bikes, has extended its offer as well as to the new-born Aramco-VR46 team, also to Team Gresini. .

It is more than likely that, economically speaking, Rivola's offer will be more advantageous than Ducati's, but the GP21 appears more a better bet for riders and team managers. But this is obviously not the only problem…

Should Nadia Padovani, Fausto’s widow, and Carlo Merlini, his right-hand man, decide definitively for Ducati, the risk would be yet another short end of the stick in Aprilia’s hand, after the one involving Andrea Iannone, while there is another on the cards: the one left for Rivola by Andrea Dovizioso.

At this moment, while Aprilia can do nothing to hold back Gresini and double the number of bikes on the track - it is not its decision – it is also wasting time on the riders' front – in the meantime waiting, but it would be better to say hoping, that Dovi in ​​2022 quits the role of test rider and agrees to return to racing.

The elastic band at this point is tense and close to breaking, because a decision on the second rider must be made by the end of June. In fact, by that date the option that Ducati has on Enea Bastianini, one of the most promising young talents, will expire. To block him, in the event that Borgo Panigale does not have anywhere to place him (VR46 will probably field Marini and Bezzecchi), Aprilia would have to sign a pre-contract with Bastianini, something however that does not exist at the moment.

And with some of the best Moto2 riders already optioned by KTM - we are talking about Remy Gardner and Raul Fernandez - there would probably be only the talented Joe Roberts available, but he would be a rookie in the category, with all the associated risks.

In short, Aprilia would need to have Einstein in the garage, not only for his analytical intelligence, but precisely to slow down time and immediately make the decisions that matter.