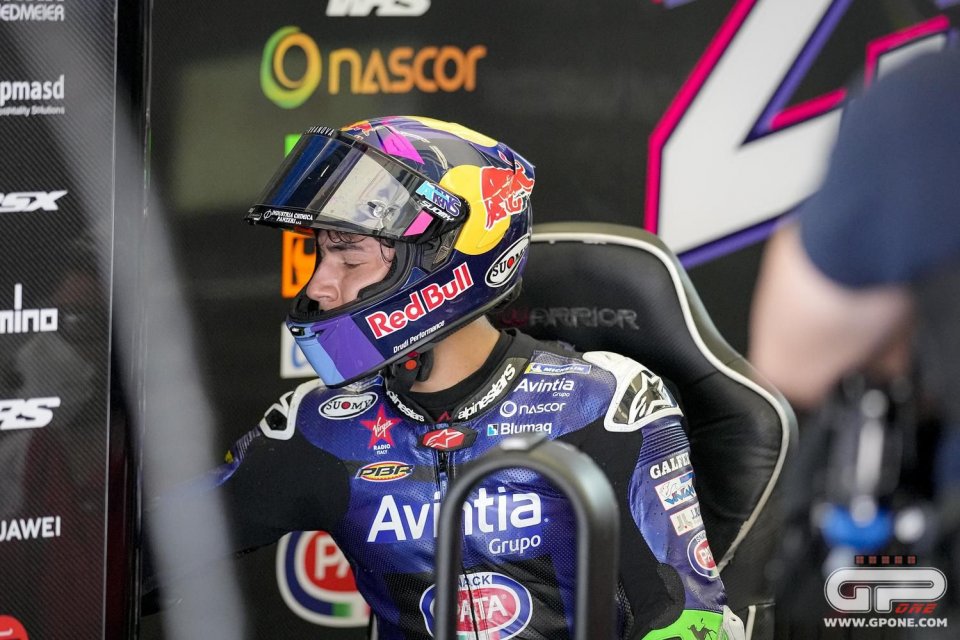 An unlucky day, that’s how Enea Bastianini defined the Italian GP Sunday. At the end of the warm-up lap, immediately after the Bucine exit, the Italian rider crashed into Johann Zarco’s Ducati and fell, compromising his race just before the green light.

Shortly before taking his place on the grid, the French rider braked sharply, and Enea crashed into him in an attempt to avoid an accident. Then the Avintia Racing team’s Ducati fell, throwing #33 to the ground. After the fall, Enea felt pain in his left leg and went to the medical center for a checkup.

“Unfortunately, today was a tough Sunday, starting with Jason Dupasquier’s death,” he stated. “On the grid, as I was about to line up, I realized that the airbag was empty, and I wasn’t even very focused. I was reaching the starting grid, but Zarco immediately stopped short after the exit of the last corner, and I couldn’t do anything about it. I rammed right into him. I tried to be as quick as possible and get the second bike but, on the first lap, I was done. Today was all really unlucky. I’ll try to make up for it in Barcelona. I’m in some pain, but I’ll try to resolve it. I was fast this morning, and I could have had a great race. I feel bad.”