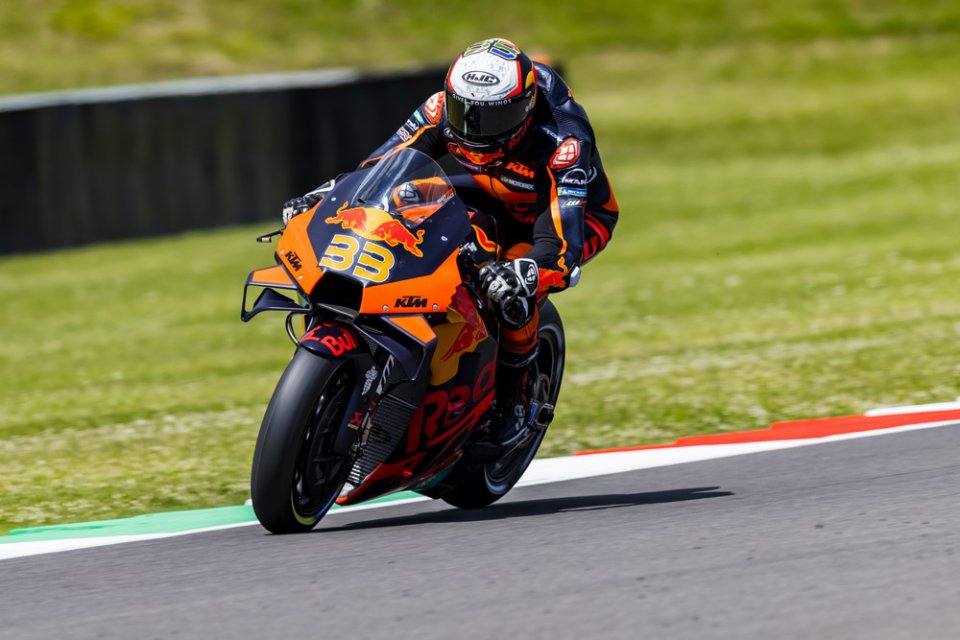 Recently, the betting had begun on who would break the top speed record of 262.4 km/h set in Qatar by Zarco. The very long straight at Mugello is the right place for this sort of thing, but everyone thought it would be a Ducati to do it. Instead, in FP3, Brad Binder appeared with his KTM and flashed past the photocell at the same speed as Johann in Losail: 362.4 km/h. Now between Austria and Italy it’s a perfect balance.

The Desmosedici, however, have not lost their strongpoint and there are 5 red bikes in the top 10, if anything the most interesting thing to note is that the slowest Ducati (so to speak) on the straight is the fastest on the stopwatch, the GP21 of Bagnaia.

However, Mugello confirms the progress made not only by KTM, but also by Aprilia, 3rd thanks to Aleix Espargarò's 357.6 km/h.

There is nothing new, however, to find that the Yamahas are bringing up the rear with Morbidelli (who has the 2019 engine) firmly in last position, 22 km/h slower than Binder. The Hondas, on the other hand, after the good performances on the straight of the last few years, have taken a decisive step backwards. 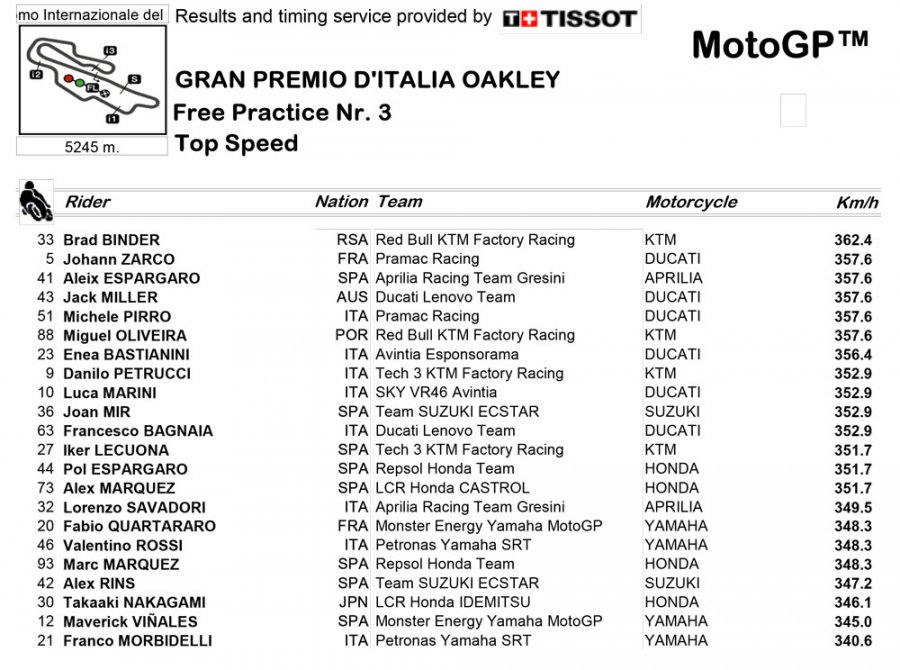