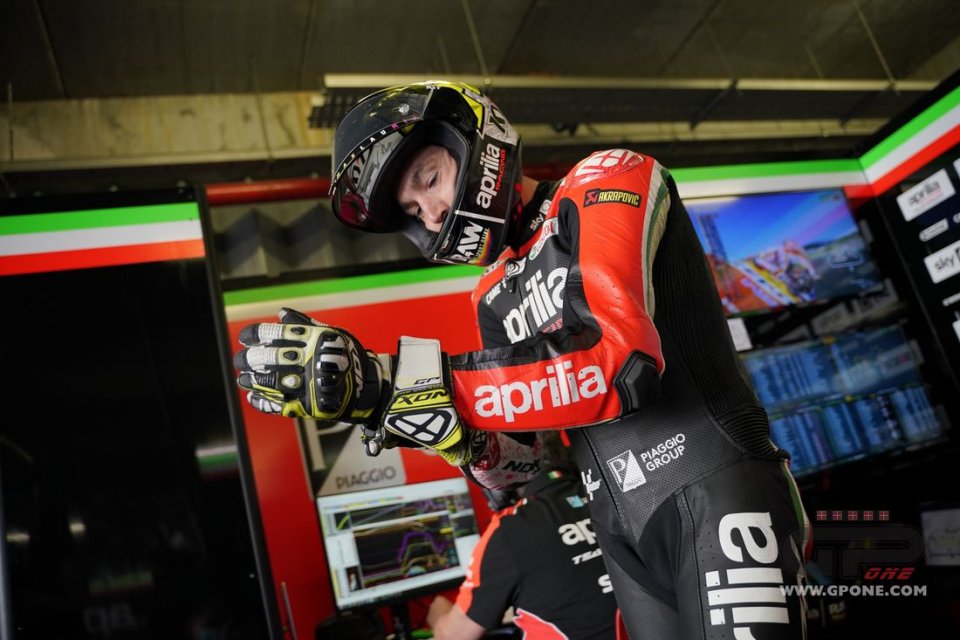 Aleix Espargarò, like many other riders, had to undergo surgery for compartment syndrome. Unfortunately, that kind of surgery in the middle of the season can cause some trouble, and that’s what happened today at Mugello.

“I was very confident after the operation, because I was fine, but I started to feel a lot of pain this morning. I had a lot of fluid in my arm, and it increased in the afternoon,“ the Aprilia rider explained. “I went to the Mobile Clinic, and they practically drained a can-full. That’s a lot. Immediately after, the pain disappeared, but they told me that the problem could recur tomorrow, being that only ten days have passed since surgery, and this is a very demanding circuit. But  it’s not easy to remove it every day, because you risk infections.”

Aleix knows he’ll have to bite the bullet.

“Tomorrow I’ll try to limit the damage. I won’t  do many laps. I felt competitive today, but I suffered with my arm more than I expected. I couldn’t do more than three laps because of the pain, since the fluid creates pressure on the muscles.”

Despite his physical condition, Espargarò closed the day with the 8th fastest time.

“I’m very motivated. I've never been so fast at Mugello. I’m very positive. I feel better on the bike than at Le Mans, and I think we can have a good race here,” he said reassuringly.

Today he was also able to take advantage of Dovizioso’s presence in the garage.

“It’s nice having a rider like Andrea here. He’s more into our team every time. He attended my technical meeting, and we exchanged views for about an hour,” he revealed. “He’ is like an idol to me, because I’ve always admired him a lot for his intelligence and his approach to the race. The fact that he works with us is a pleasure, and I think I can learn a lot from him. Unfortunately, he loves motocross as much as I do bikes, and he won't be here tomorrow.”

His last comment was on the riders who waited for the slipstream.

“I was pushing, and I saw four or five riders closing their throttles. There were cameras, and I don’t have much more to say. Surely, it was a mistake,” he commented sarcastically.