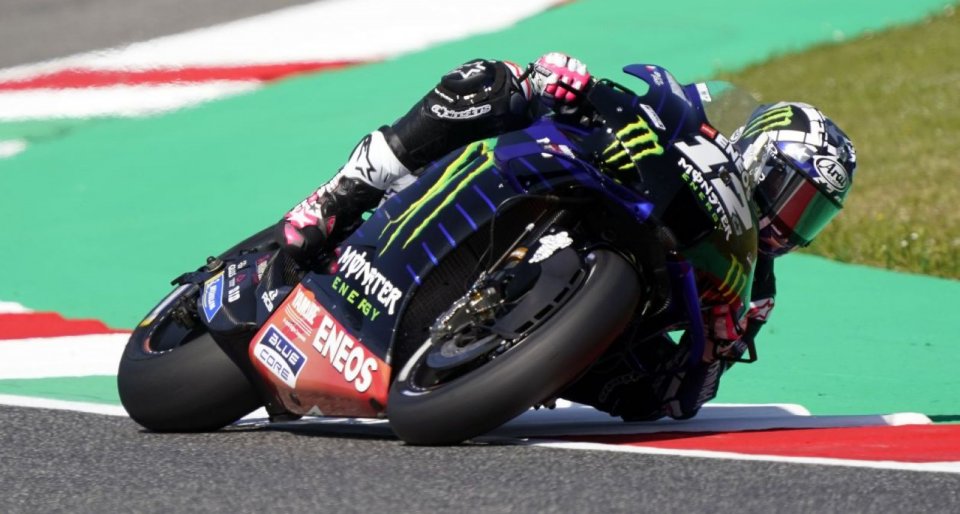 While team-mate Fabio Quartararo said he didn’t exactly have an exciting morning at the expense of a concrete afternoon, Maverick Vinales went in the opposite direction (in the true sense of the word). The best benchmark in the opening session of free practice in 1'46.593 was answered by an opaque FP2 amidst the ups and downs of Mugello. Despite a 17th place, in the combined standings the Spaniard's name appears within the top-10 in eighth position.

"FP1 was truly fantastic from every point of view, from the very beginning the times came easily, without daring too much - said the new father - unfortunately, in the afternoon I was not able to improve on my previous time due to a mistake at Arrabbiata 2. I was pushing, but I ended up over the curb, sometimes these things happen. So I am absolutely not disappointed and I think tomorrow we will take a decisive step forward”.

Data in hand, the 26-year-old was the only one (along with Johann Zarco) not to improve in the afternoon session. It was the fault of traffic and, above all, a 'preheated' Michelin tyre, i.e. one from a different race weekend.

"Despite this, I tried a second time attack, unfortunately I caught some riders in the way and they slowed me down. The preheated tyre didn't help me; we know that sometimes it doesn't work as it did in the past. Precisely for this reason we decided to use it today, tomorrow morning it will be essential to have fresh tyres”.

Tyre chapter aside, during FP2 the Spanish rider concentrated on the long distance, making interesting laps in view of the race on Sunday.

“I started the session with a pair of hard tyres, but it wasn't a good choice. I was sliding around on the rear, in fact I returned to the pits after just two laps. Later we fitted used mediums, with which I was quite competitive, lapping in low 47s even though the drop was high. We have to fine-tune some aspects such as the electronics and set-up, similar to Le Mans, but I'm confident", he concluded.