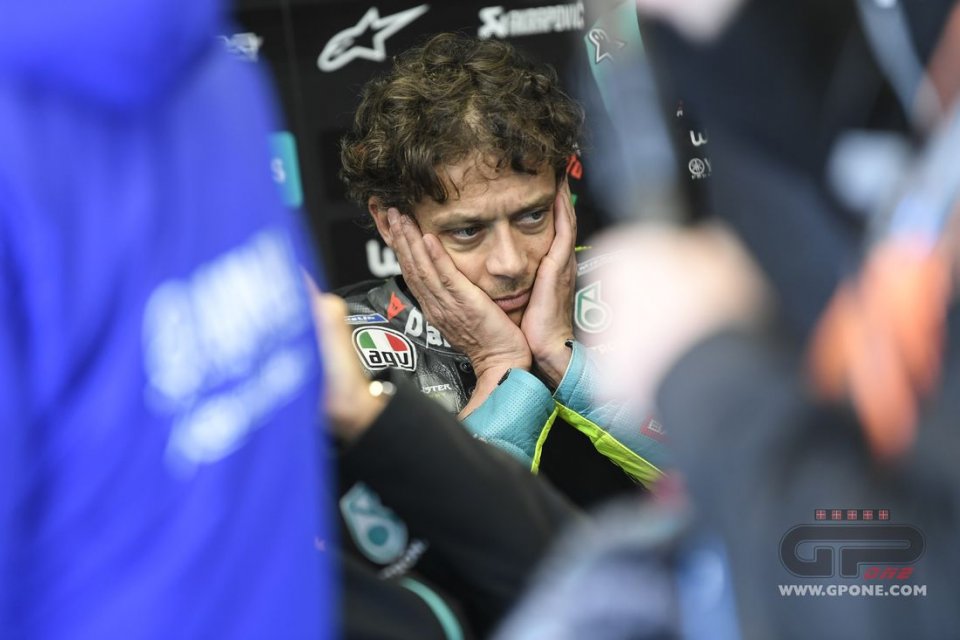 Suffering at Mugello hurts even more than usual, and Valentino can’t hide his disappointment. He arrived on his favorite track, relying on the good sensations on dry asphalt he experienced at Le Mans, chasing that light that he started to see at the end of the tunnel after the Jerez tests but he, instead, he fell back into the darkness. His 21st place, only ahead of Lecuona, isn’t a very hopeful one.

“In the afternoon, I was slow with the hard tires, like everyone who used them, but I wasn’t fast even with the soft ones. I could have done better, but not that much,” he admitted. “What the ranking says is more or less true. There’s no big difference.”

We clearly saw the Doctor struggling in braking, especially at the San Donato, where he finished long twice in the FP2.

“Monday, in Jerez, I felt better, and those feelings were confirmed in France,” he said as he tried to take stock of the situation. “Basically, I started with the same set-up as in Le Mans, with just a few adjustments, but obviously something different is needed here.”

“I have trouble in braking and am slow when changing direction,” he replied. “Especially in the first phase of braking. I can’t stop the bike. I think we need to work on both the weight balance and the engine brake.”

Seeing Valentino go so slow at Mugello is a surprise.

“It’s true that I’ve always been very strong on this track, but I already had a complicated weekendin 2019. I struggled,” he recalled. “We have to try to improve.”

Yamaha also made its debut in this GP with the system that lowers the bike in the front at the start.

“I tried it, but there are still some problems to fix. I hope to be able to use it as soon as possible,” Rossi commented.