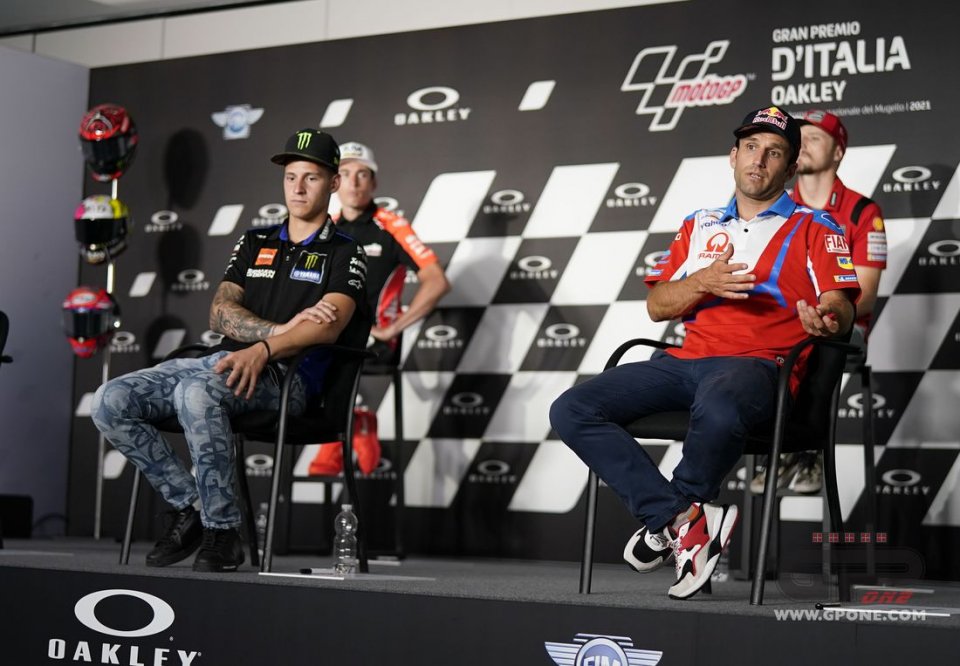 There’s a French wind blowing over Mugello, and the men who are bringing it are Fabio Quartararo and Johann Zarco. The former is leading the championship (by just one point) and in splendid form, especially now that he no longer has any problems with his arm. The latter has already achieved 3 podiums and has literally been reborn since he got on the Ducati.

Considering the characteristics of the Tuscan track, however, it seems that Fabio might struggle more than in other tracks against the red bikes.

“Even in Qatar everyone thought they were the favourites - he underlined, recalling the Yamaha double win in the two Losail races - I know that speed on the straight is not our strong point, but there are also a lot of corners and fast ones, those in which I feel better. I will certainly not start this weekend thinking about the fact that I will struggle on the straight or that Ducati has won the last 3 races, but only about the fact that I feel good on the bike ”.

Exactly the opposite of his compatriot, who instead knows that the Desmosedicis have the opportunity to nail down Quartararo.

"I feel good on the bike and I know this is a track where he is strong - said Zarco - I will be able to exploit the strengths of the Ducati and I think that me, Miller and Bagnaia will be able to have fun and put pressure on Fabio".

Which would also mean being able to take away important points, because unity is strength this Sunday and, even if it is true that races are not won on the straight, there is nothing better than gaining tenths just by opening the throttle. For many this weekend the record of 362.4 km/h set by Zarco in Qatar is destined to fall.

"I’m definitely not going to beat the record," joked Fabio. From this point of view the favourite is Johann: "It would be nice to do it, I have the right bike to do it – he said - Then there is the braking of the San Donato, but our aerodynamics don’t only allow us to go faster but also help us to brake".