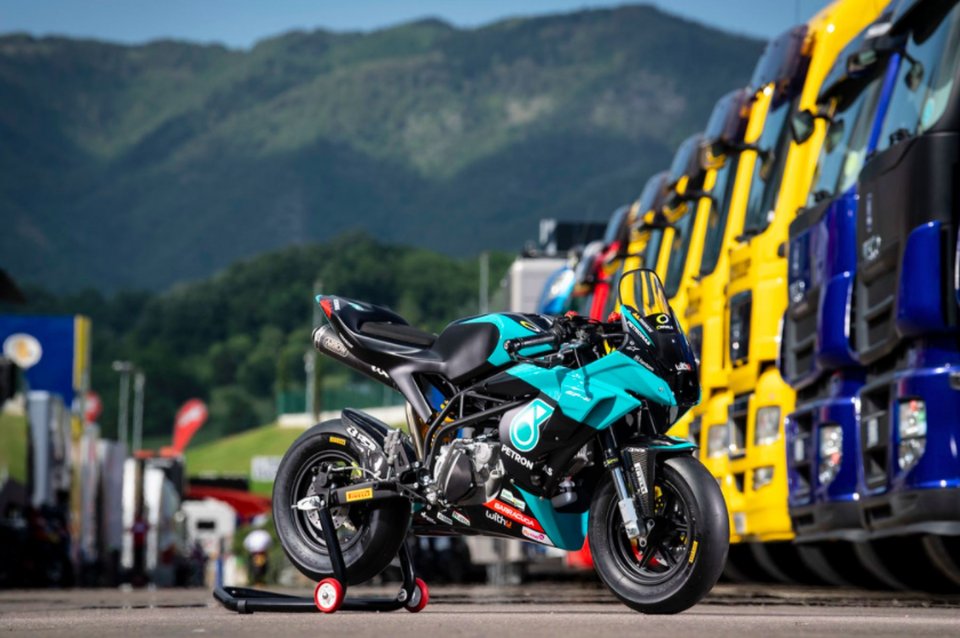 Petronas Sepang Racing Team, in collaboration with Ohvale, is proud to announce the Petronas SRT Ohvale Special Series MiniGP motorcycle which is available as a limited edition of 46 units from September.

Created for leisure use on track, the Petronas SRT Ohvale Special Series MiniGP is based on the OHVALE 160cc GP-0 model with a number of key enhancements and features as well as additional equipment.

The Ohvale GP-0 is the same bike chosen by DORNA and FIM for the FIM MiniGP World Series Championship. Enhancements for the PSRT version include an upgraded chassis to allow a better fit for taller riders, fully adjustable suspension with Mupo front shocks and Ohlins at the rear, PSRT livery with winglets, Dell’Orto carburetor and a restyled Arrow exhaust system.

Alongside the bike itself, each customer will receive an exclusive package consisting of bespoke branded tyre warmers, a branded race carpet and a bike cover. A selection of spare parts with a range of sprockets and pinions in a custom containment unit is also supplied.

The bike is finished in a limited-edition Petronas SRT  livery, which is supplied by the same company that paints the team’s MotoGP race machines.

A limited 46 units of the Petronas SRT Ohvale Special Series MiniGP motorcycle will be built, each with their chassis number on the TOP bridge, with pre-orders being taken now for delivery from September.