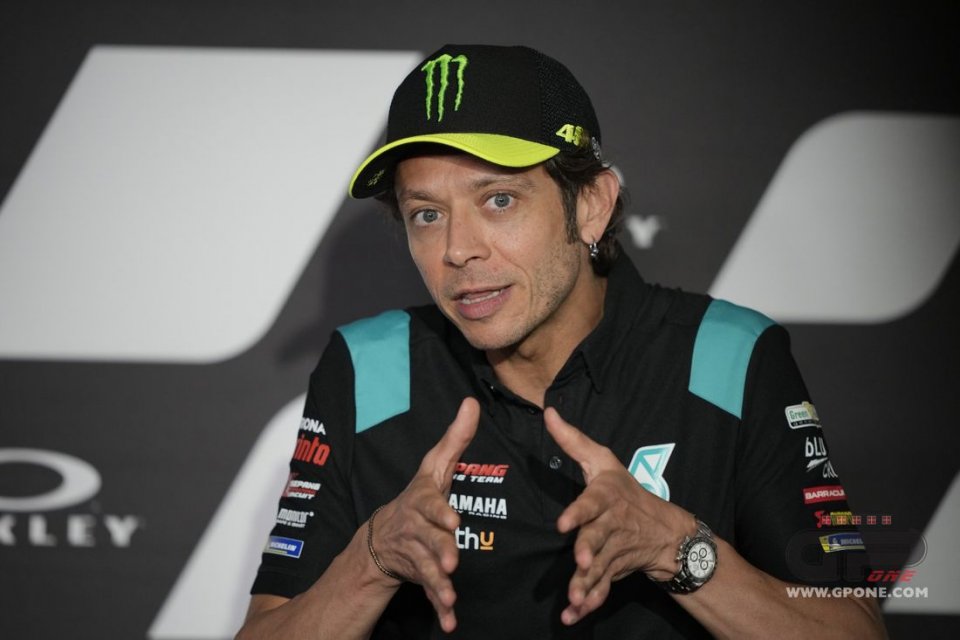 It feels strange to enter Mugello and see the green meadows surrounding the circuit, without even a flag or a tent. Despite everything, however, the Tuscan circuit retains its charm and even a veteran like Valentino cannot resist it.

“It always happens like this, on Monday you wake up and feel strange, then you remember that the week of Mugello has begun and you understand why - smiles Rossi - It's a different feeling, sometimes it's difficult to manage, but it's beautiful. This year it will be a little easier without any spectators, it will all be a little quieter. But last night, when I got into the paddock at night, I saw the circuit, the hills, the paddock, and it was all incredible. This is a special place for all motorcycling fans, it has been the Italian GP for 30 years ”.

Many observers are wondering if it will be the last time here for the Doctor, who will soon have to decide whether to continue racing for another year or not.

"It might be my last race at Mugello, but you can't think like this - he underlines - For me it's another race at Mugello, I think my 26th, and it's nice to feel the same pressure as the first time. There will be no public, but seeing my fans here for the last time cannot be a sufficient reason to continue, if I really want to meet them I can come and watch the race next year" he jokes.

What will be really important for his decision will be the result on Sunday. To go on, Valentino must have the confirmation of the stopwatch, something that has been lacking until now.

“A decisive phase of the championship is beginning, with four GPs in five weeks -I he confirmed - n addition there will be very important tracks for me, such as Mugello, Barcelona and Assen. Then we will have a month off and in that period everyone will start thinking about 2022. I will too, but it will not be just my decision, I will have to talk to Petronas and Yamaha to find out about their plans. "

So the important thing now is to focus on the race, on a track that for some is starting to get a little bit tight for the MotoGP bikes given their performance. Especially the brow before the braking area for the San Donato is a critical point.

"The first time I raced at Mugello was with the 125 Sport Production, considering that we also did the two Arrabbiata in full, it wasn't a big problem - he remembers with a smile - It started to become so with the 500, also because there wasn't any anti-wheelie. At Mugello the speeds are always very high, not only on the straight, and I think the Ducatis can break the record this year, usually here you go faster than in Qatar. That braking point is now very demanding, also because it is preceded by a jump, I think it's the most spectacular point of the whole championship. Every lap, as soon as you get out of the last corner, you start thinking about that braking point".

As for the safety, however, the Doctor does not think that Mugello is a rated-R track…

"It’s always important to work on safety, especially on the run-off areas because our bikes go very fast - he observes - In terms of safety, Mugello is at the level of Jerez and many other tracks, there are many circuits where we can improve" .

His final consideration was instead of a technical nature, on the starting device which has recently become a hot topic of discussion…

“The start has become crucial, much more than it was 6 or 7 years ago - explained Valentino - All the manufacturers focus on this aspect that was previously in the rider’s hands. Ducati was smart to start working on it first and now it's 2 or 3 steps ahead of everyone. But Yamaha reacted quickly and I must say that a world opens up for you when you start using this system ”.