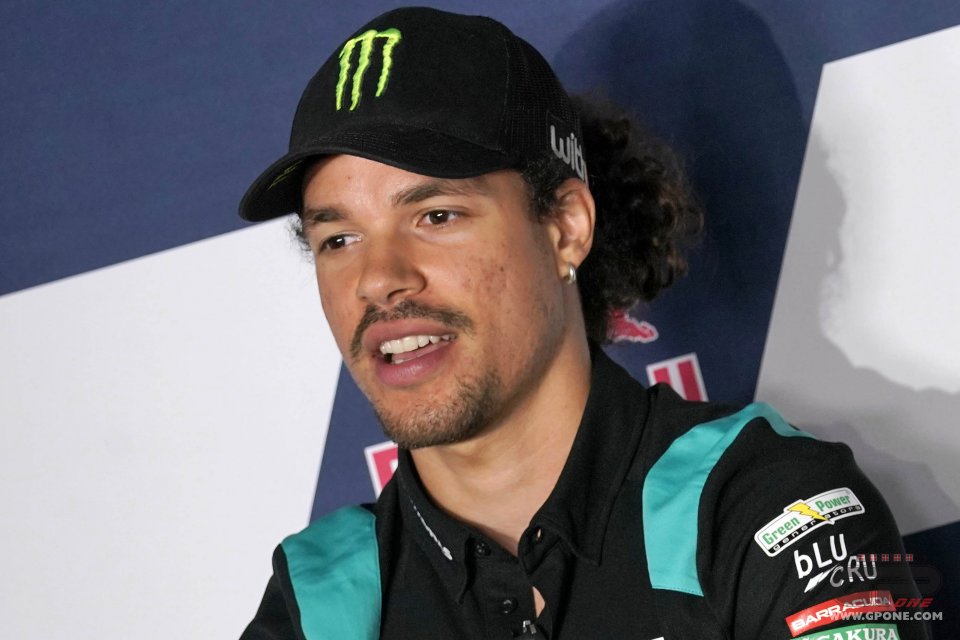 Mugello has a very special flavour for Italian riders. Franco Morbidelli arrives at the Tuscany track after a bit of a blow at Le Mans, with a heavy zero in the standings and above all the fear deriving from the knee injury that gave him several problems over the French weekend. However, the Petronas team rider is optimistic about it in the meeting with the journalists that precedes the GP and wants to immediately reassure everyone about his physical form.

"Before anyone asks, my knee is fine, I feel fine - began Morbidelli - I did a lot of work after France to be in top form here. It's improving all the time and I think I can ride perfectly. Maybe I can't ski, but I can ride the bike very well. We tried to find the right balance between physiotherapy and training, because I didn't want to lose part of my muscle tone, but at the same time I couldn't stress the knee too much with extra work. I think we did it well. "

But can you explain in detail where this problem came from?

"This injury dates back to 2015, when I broke my right leg. I strained my front left cruciate at the same time. This year then, in the winter, in training I slightly injured my meniscus, but I didn’t give too much importance. I recovered well with the therapy, then the week before Le Mans I had a problem at the Ranch without even crashing and the already weak knee was affected. I was hurt quite badly, but I recovered well to be at Le Mans in a decent condition. Then unfortunately I had two more traumatic episodes at Le Mans and I'm playing catch-up with this problem. I'll decide at the end of the year."

Do you think the operation can be avoided?

"If I decide to get my knee back completely in order, I will have to operate. If, on the other hand, I realize that I can carry on a normal life even without the operation, I will not. A lot of sportsmen live with detached cruciates, or with menisci that are not quite whole. Obviously not sportsmen who work mainly with theit legs, but other riders also have these problems. I will have to make a choice more than related to sport, to my life in general. With this knee I can ride very well and carry out the rider’s training program without any problems ".

The knee problem will not affect you, but as you can see the problem related to your bike instead will. At Mugello the engine is everything…

"I don't think it's entirely true that the engine is the most important thing at Mugello, because there are also a lot of corners. The engine is one of the most important aspects, but not the only one. I'll try to focus more on the curves than on the straight, this is the way I will tackle Mugello. I can say that it's bad to be here without fans, it's not a good thing. I don't know why, but it hurts more here than elsewhere. Here the public has a different warmth, the morphology of the place is made on purpose to make you feel the contact with the fans. So here I must admit that it hurts not to have the public. "

Will you have any particular graphic design for the helmet for the race?

"Thank you for asking. I am very sorry, but in reality I have to be honest: I completely forgot! I forgot that after Le Mans there was Mugello. As you know I am a person who lives day by day and I don't look much at the calendar. I forgot to have a graphic prepared and when Aldo Drudi called me to do it, I confessed to him that I had forgotten about it and that I would have preferred not to do it at all rather than do things in a hurry. Doing something like this must be fun, easy. Not something heavy, like a job. I don’t need any more stress other than what I already had for knee recovery. I'm sorry for that, I'll try to make it up for Misano. I hope my friends will remind me that there will be Misano before Misano! ".

You said you live on a day-to-day basis, but how are you going to plan for the future?

"I haven't given myself a deadline, I'm not in a corner or with my back to the wall, I don't feel like this. Then I have total confidence in the work they are doing in VR46, especially what Gianluca Falcioni is doing. I'm sure that with Stiggy and Razlan they will do a great job for me for 2022 ".

The rumours about an agreement between VR46 and Ducati are growing insistent. In your opinion, would it be plausible to see Valentino Rossi end his career on a different bike than Yamaha?

"I don't know how much my opinion matters, so I prefer not to express myself when my opinion doesn't matter."