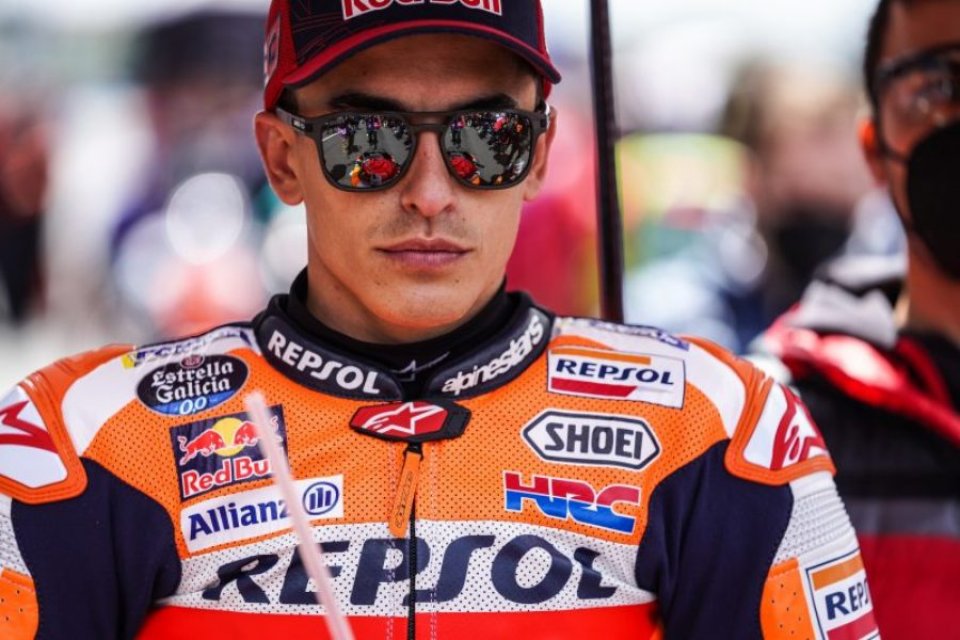 A test with a high degree of difficulty. Marc Marquez knows very well that Mugello will put him to a physical test, also because the Tuscan track has lots of distinctive traits, like demanding braking, bumps, and changes in direction.

And, as if that weren’t enough, the track in the past certainly hasn’t been an ally of Honda’s, forced several times to give way to Ducati’s superiority, to the point of not winning since 2014. But Marc doesn’t want to throw in the towel ahead of time.

“I already know this isn’t going to be one of the best weekends for me,” he began. “Mugello is a particularly demanding track from a physical viewpoint. It puts you to the test, given its characteristics. I’ll obviously have to keep an eye on my body. MMy arm is improving, and my shoulder is stable. But I have to understand my situation, try to find the right speed, and finish the weekend. This doesn’t mean that I won’t push on the bike, also because I know very well what my problems are.”

In view of the Italian GP, Marc took the opportunity to train with the 600.
“I rode the CBR600 to better understand my situation but, above all, to find the right position on the bike, since that’s one of the most important aspects. The problem is that, if I ride in what should be the correct position, I feel more pain. So I’ll try to control everything as best as possible."

The path towards recovery is one of the topics that dominate #93’s garage.
“After the Jerez race, there was a chance that I would have to stop again, and we also talked about it with the doctors. But the doctors think that, the fact of continuing to train and getting on the bike, is a positive aspect. because it allows me to carry out active recuperation work. The problem is my shoulder, which doesn’t work one-hundred percent correctly, due to the past surgeries and, consequently, the pain increases. In the end, however, it’s normal, since my shoulder, as well as my elbow, are connected to the humerus, even if all these aspects affect me more than I imagined.”

Then the focus shifts to the GP.
“This is a physical circuit, and it’ll be difficult for me. But, in the end, I have to accept where I am. Every year, many riders complain about the high speed reached at the end of the straight but, this year, it’ll be even higher, given the use of the holeshot. The problem, however, is not moving the wall, but preventing the bikes from rearing up on the bump of the San Donato. During the weekend, we’ll try to understand our limits and work on speed to get better performance.”

Now, all he has to do is put on his helmet and hit the track.
“I try to be realistic with myself, and I knew this from the first moment I got back on track. I'm arriving at this race after a weekend like the one in Le Mans. On that occasion, I fell twice, but I found the magic that was there before falling in Jerez a year ago. I knew it would be hard to come back and be competitive. In fact, on my return to Portugal, I had no particular expectations. I know that I’m not ready to be fast, since I have some limitations, but I’m here to improve and come back strong and competitive. In the end, I’m still here.”