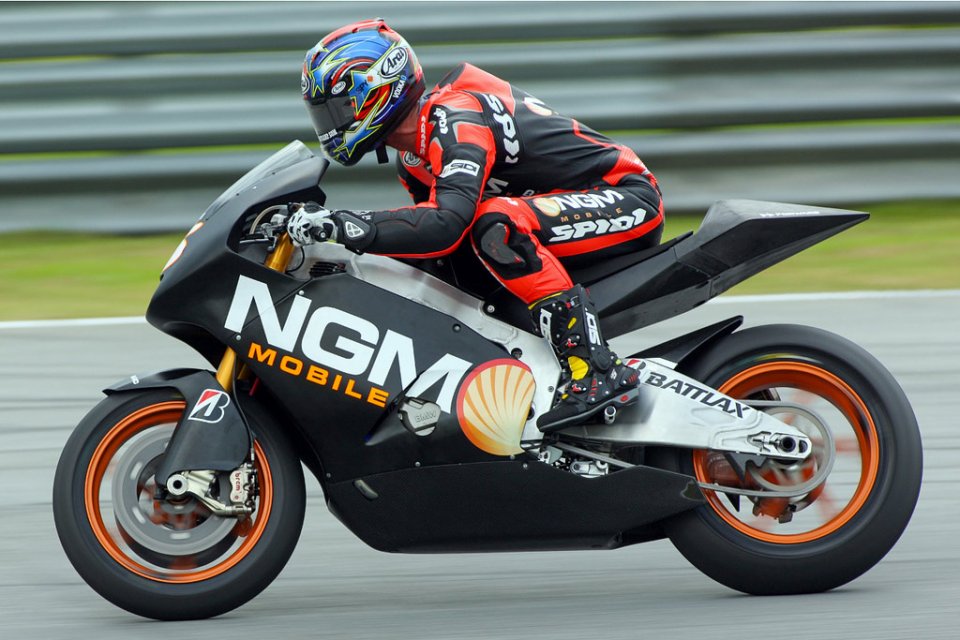 Remember the CRTs? They raced for only two years, in 2012 and 2013, together with the MotoGP bikes and, in essence, they were motorcycles with a production-derived engine and free chassis. On a sporting level they were not a success, but they represented a political move by Dorna to stem the cost of the MotoGP bikes leased by the manufacturers to private teams.

In any case, the CRTs represent a piece of recent world championship history and now it is possible to put one in your garage. In fact, Suter has put the very first prototype of his CRT up for auction, which was powered by a BMW engine. This is the very first model (frame and swingarm with the number 1) which served as a laboratory for the development of the bike which then raced in 2011.

The model up for auction was ridden by several riders, such as Eskil Suter, Carmelo Morales, Damian Cudlin and Arne Tode, and during 2011 it was Mika Kallio who followed its development, together with the Marc VDS team, also participating in the IRTA tests at Mugello and Brno. In 2012, Colin Edwards took the bike to the track in the first three winter tests, then it was Alex De Angelis and Dominique Aegerter who used it for the development of the electronics. It was later used for promotional purposes and the current owner has not used it since 2018.

The Suter-BMW is sold with the German 4-cylinder (SBK prepared) unit, with dedicated Bosch electronics, while suspension is Öhlins, the rims are OZ and Brembo the brakes.

And finally the footnote, so to speak, which is actually not even so painful: the price. The auction will end on Thursday at noon and at the time of writing the highest bid is 13,100 pounds, which is just over 15,000 euros. A figure lower than that of the best super sports bikes of the moment. To have an 'almost' MotoGP bike in your garage, you can visit the Iconic Motorbike Auctions website.