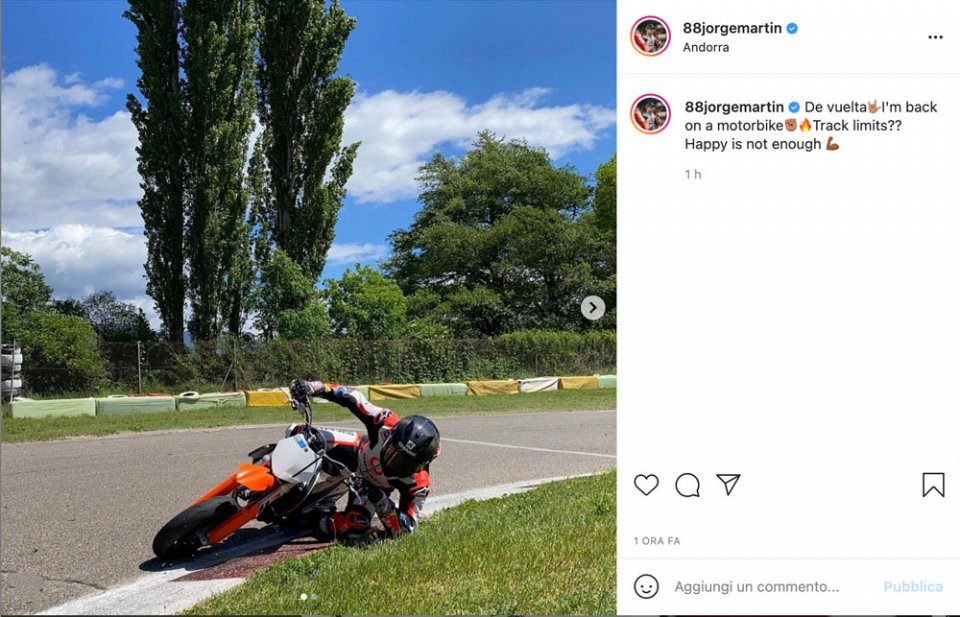 The Pramac rider has returned to motorbike training after the Portimao crash, but we will only be able to see him on the Desmosedici in the Barcelona GP.