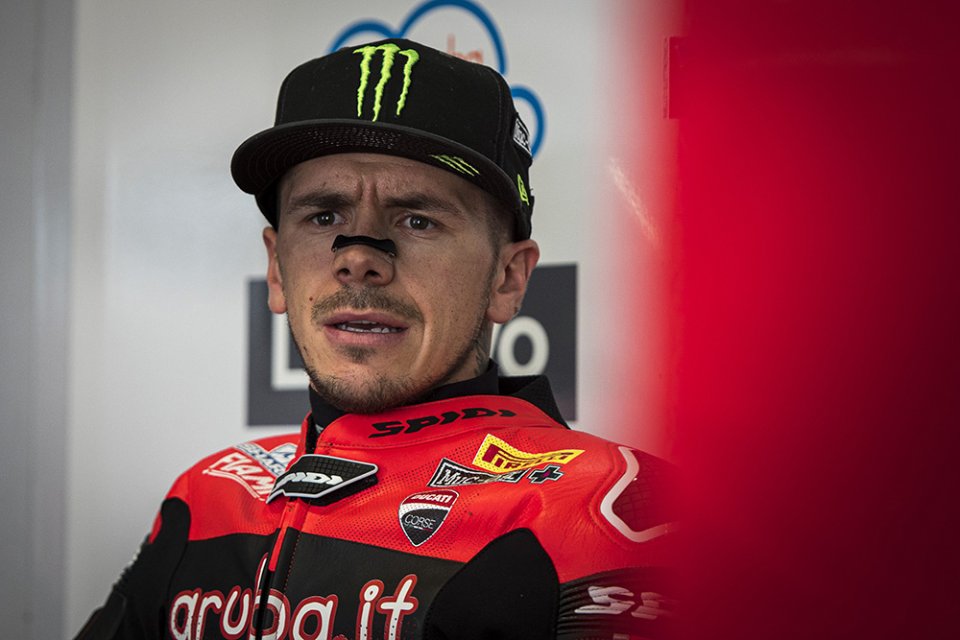 Scott Redding proved to be an excellent gambler in Aragon. His victory in Race 2 today was the result of the choice he made. One of those all or nothing things. With on and off rain, and a less than perfect asphalt, the Ducati rider chose to race with slick tires, going totally against the tide and his rivals.

A real gamble, with very high stakes. Making a mistake would have meant seeing his rivals for the World Championship gain momentum. Guessing the choice, on the other hand, would have allowed to restore equilibrium to a weekend that wasn’t easy for Ducati on the Alcaniz track. Redding won, he actually dominated, demonstrating how spot on his choice was.

“I looked at the sky this morning. The track was wet, and I realized that it would be a decision to make only on the starting grid for Race 2,” Redding explained. “These are those situations where it seems to rain and not rain. You take out the wets, then you put them back in place. I didn’t know what choice the others had made. Some would have chosen the medium and others the slick. I was there and remembered when, in my career, I chose the medium tires, and it cost me the race. It was in the MotoGP at Sachsenring and in the BSB at Brands Hatch.”

But, in the end, you made the choice, and it was the right one.
“So I chose to mount the slicks, front and back. I said to myself, ‘Screw that. Let’s put these on. Let’s do it.' Then the formation lap started, and I said to myself, ‘Okay, this is the right moment.' When the race started, there were a couple of places where the track was wet, like on the return straight. Rea was faster at that moment, but I was just thinking about taking it slow, because the race would accommodate me.”

You handled the situation well.
“II found my pace. I started to feel the limits of the tires and motorcycles well, and to push. I tried to be soft where it was wettest on the track. I was still on slicks on a wet track. I continued to stay on the driest line, avoiding where it was dirty, making some mistakes.”

Was there a time when you thought you made the wrong choice?
“While I was on the grid, everyone was there looking at me, shaking their heads, and I said to myself, ‘Damn, they’re all medium tires.'  I thought I was screwed. Then, when we did the warm-up lap, I told myself not to do anything stupid, to be good and gentle in the end. That’s what I did. It was my decision and, luckily, it worked. I hate these conditions, but everything worked out today, so that’s fine."

There was pressure after Race 1 and the Superpole Race, but you didn’t feel it.
“I felt a bit of pressure at some moments, because it felt like this wasn’t my weekend. Then I made the right decision without thinking too much, and that helped me. I decided not to go with the medium tires, because that would have penalized me too much with my weight. Of course, it could’ve even started raining, so it was a gamble. I risked to earn more points, risking to lose important points if I made the wrong choice. Instead, that decision will allow me to get to Estoril and experience a more peaceful weekend.”

Redding: “Tires without grip and totally worn. Another lap, and I would’ve...

Redding: “The Pirelli SCX soft shouldn’t be allowed in the race”