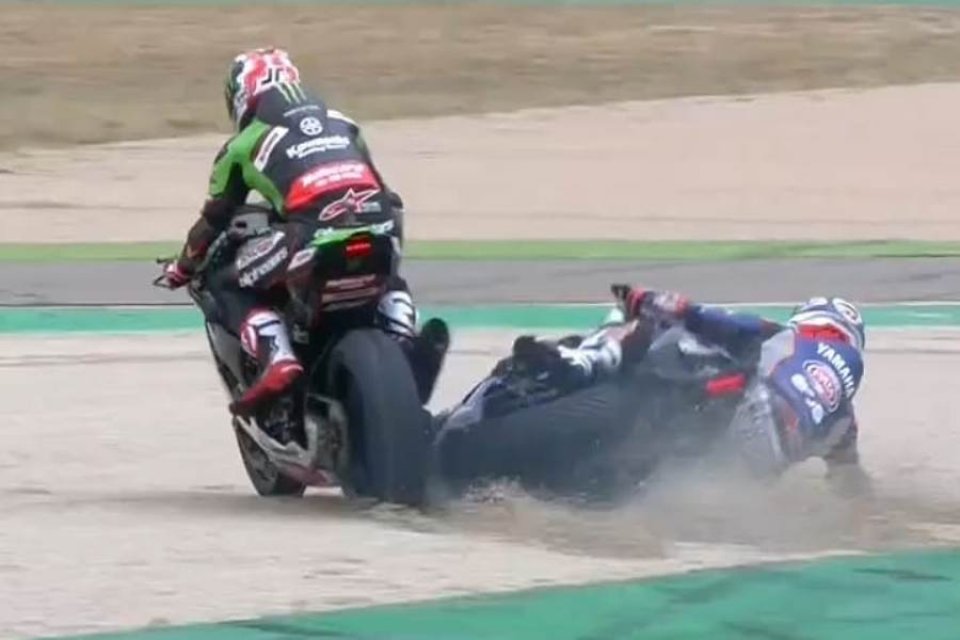 Garrett Gerloff picked up a lot less in terms of results than he could have in Aragon. Race 2 in fact left a bitter taste in the American’s mouth, after he was forced to settle for a seventh place in a comeback following a crash involving Johnny Rea.

The Kawasaki rider remained upright, while Garrett was forced to get back on the bike and rejoin, eventually arriving seventh at the finish. On the one hand there was satisfaction for the result, on the other regret for having thrown away a great opportunity. That’s where his race analysis starts from.

"I saw the accident with Johnny, and I apologized to him - he explained - I take all the blame for what happened, as I didn’t intend to do that type of manoeuvre. My intention was not to pass him there. Johnny braked hard and I was surprised. So I also tried to brake with the idea of ​​slowly releasing the brakes and going long, avoiding any contact with him. Unfortunately, however, it went differently, since we touched each other, and I ended up on the ground”.

Garrett's face speaks for itself…

“As I said, I'm sorry for what happened, since I absolutely didn't want to condition his race. It was my fault and I thank Johnny for accepting my apology, as he understood I was sincere. In all of this, the important thing is that he was able to continue his race and I was able to restart ".

Now all that remains is to start again from Estoril, even if there is a bit of regret because he should have picked up some better results in Aragon.

“Last year was a crazy weekend in Estoril, this time I expect more as I have a bike at the factory level and my goal is to win with Yamaha and my team. In this moment I’m not lacking anything, I just need to think about pushing and giving the best of myself, since I want to win”.

Expectations are high on Yamaha's part…

“Personally, I don't feel pressure, also because I’m the one who has expectations before everyone else. In fact, I felt more pressure last year, when I had to sign the renewal of the contract in my first year of SBK, where everything was new, and I had to achieve results”.

This weekend, in the Aragon garage, the American was able to rely on a special person alongside him…

"Yeah, my girlfriend Kelly was here. She really likes motorbikes and enjoyed herself. She was in fact happy to be here in Aragon because she loves this environment so much”.