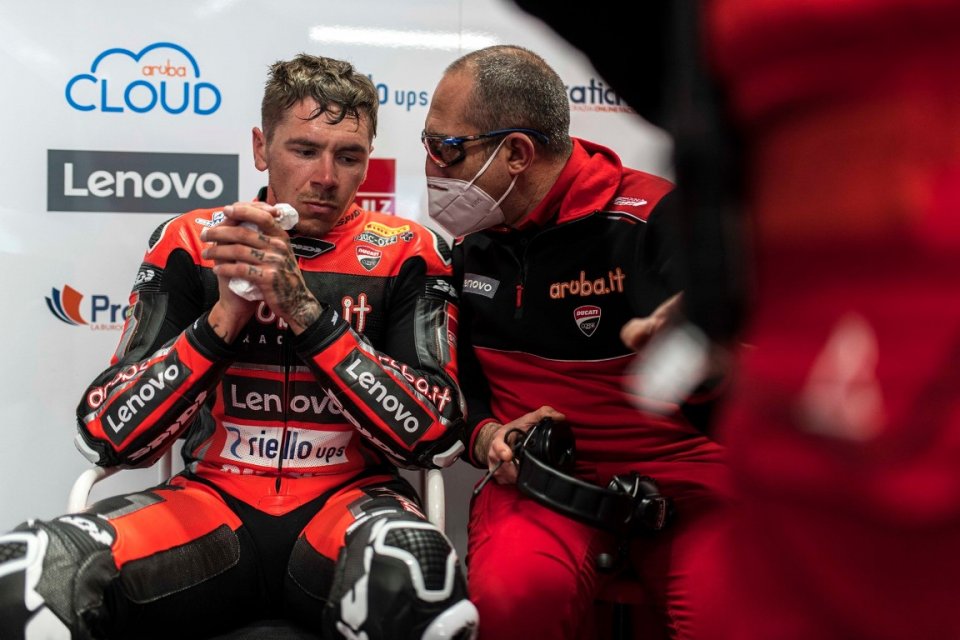 “You think I’ll win tomorrow? That would be great!” This is how Scott Redding started the traditional Friday afternoon interview. In the combined standings, the Aruba rider is in seventh place, eight tenths of a second behind Toprak Razgatlioglu’s Yamaha.

Scott worked mainly on his race pace, so much so that he avoided using the soft tire to reach his time. In fact, it’s best if he focuses on his sensations, rather than seek a lap time.

“Today we tried to work our best on the pace,” Scott began. “Unfortunately, the grip isn’t the best in the afternoon, especially with regard to the high temperatures we have to deal with. In fact, it’s difficult to get the right sensations in this situation. Moreover, the conditions are very different compared to the tests, when it was cooler.”

One of the most important topics is certainly the SCX tire, or Pirelli’s soft. Last year, Rinaldi won the race at the Motorland with that tire. Too bad that Scott can’t emulate the rider from Romagna's choice because of his size, which would stress him more than necessary, with the risk of not finishing the race.

“The SCX tire will be the decisive aspect for tomorrow’s race, and I don’t like that very much. I already know that some riders, such as Rinaldi, could use it, since they’re smaller than I am and, consequently, they won't wear out the tire, like what  might happen to me. You can gain from half a second to eight tenths of a second with this tire, and the difference is huge. Unfortunately, I don’t know if I can use it, because I'd risk not reaching the end of the race.”

And to think that the SCX was designed exclusively as a tire for the Superpole Race.

“Exactly,“ Scott recalls. “In fact, that’s what I said yesterday when I met all the other riders. The problem is that many of them don’t care, since only four or five are really interested in becoming world champions and few have the guts to say things. Unfortunately, it’s not an easy situation, and we’ll have to work to understand what to do.”

There’s hope that the weather conditions will be cooler for tomorrow than today.
“That’s what I hope. In the tests, the conditions were different, and the sensations I had were good. But now it’s complicated, and we’ll have to try to progress tomorrow. Like I said, using the soft is fantastic, especially if you take home the race in the last five laps. But, if were to struggle, it won’t be a small problem. I’m here to fight for the World Championship, and this is too big of a risk.”