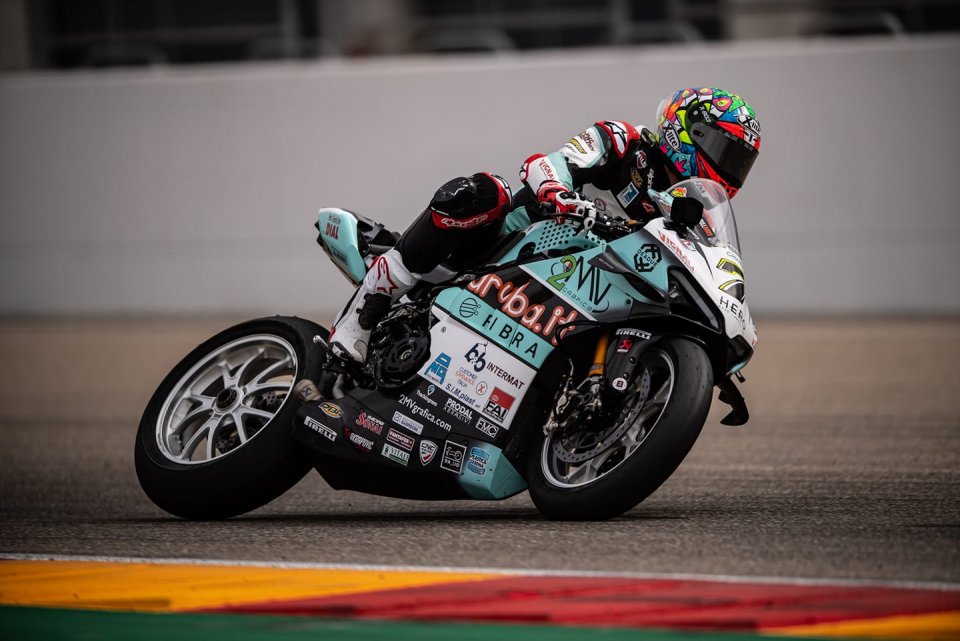 Chaz Davies is  – or it might be best to say – “has always been” in the heart of every Ducati fan. Actually, Chaz still has a red heart but, this year, he’ll no longer be in the Aruba factory team. He’ll be riding the Go Eleven team’s Panigale, since Michael Ruben Rinaldi replaced him on the official team.

That would be enough for anyone to start the season with some resentment, but Chaz isn't like that.

“At the end of the day, we’re all guys trying to do our job,” Davies told  bbc.com. “If you happen to be the guy who’s lucky enough to be taken on by the factory team, then good for you.”

Davies, who's 34, has been in the Superbike since 2012. After winning the Supersport World Championship for seven seasons, he raced for the Ducati factory team, winning twenty-five races and reaching the podium forty-four times.

“It’s hard to be the one who loses the bike but, at the same time, you can’t blame a young rider for doing his job and being acknowledged. I just wish they had handled it a bit differently,” Chaz pointed out.

“If you work for a  company for seven years, and do the job to the best of your ability, in the end, you hope someone is at the door to say ‘thank you for what you did’.”

It’s life and sports, one might say. Chaz Davies would, perhaps, have wanted a little more tact or gratitude, call it whatever you like. But, now on the eve of the first race of the season in Aragon, Chaz seems to be starting on the right foot.

“No longer being on the factory team is a shock in the beginning. You’re not the first to be listened to, but there are also advantages. The atmosphere is more relaxed. You’re not here to make a company happy, but a team. There’s a different kind of pressure, but making people happy is very motivating.”