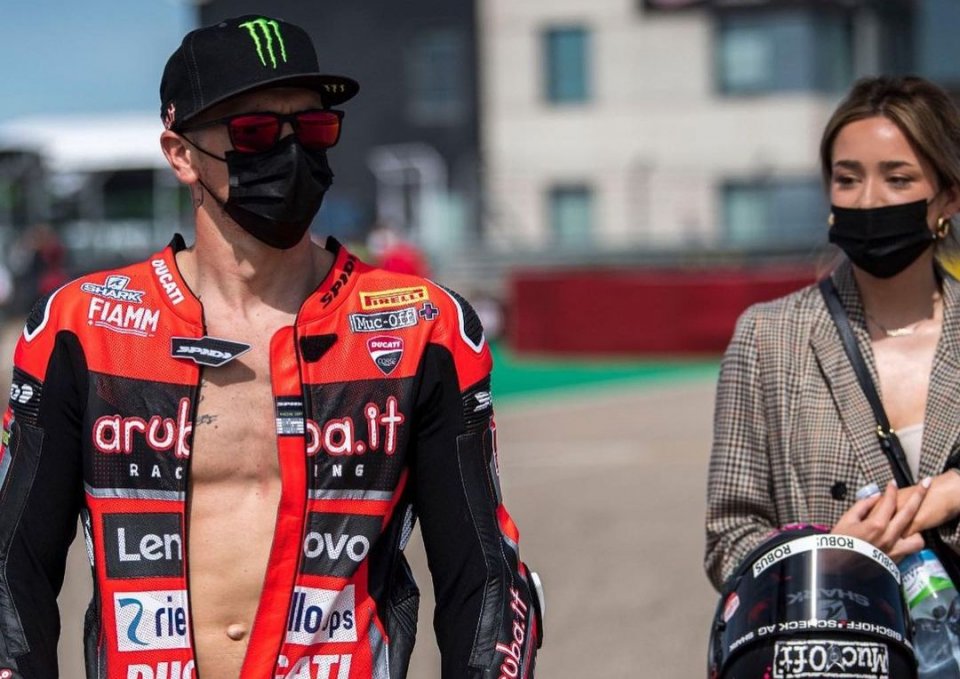 Scott Redding told us about his ambitions and hopes for 2021 (read the interview HERE ). But, at the same time, he still had something to say about the start of the MotoGP season. A hard-fought World Championship that’s still lacks a leader: “I must say it was a good start to the season,” he said. “I’m also happy about Miller’s two-game winning streak. The Le Mans race was special, and racing with the flag-to-flag in those conditions is not easy at all.”

He then spoke about Marc Marquez: “It’s nice to see Marc on the bike again. I admire him for what he’s done. He’s cool, and I totally respect him. He was incredible. He started racing again where he fell a year before, and he didn’t give a damn about pushing hard and falling again. I have total respect and esteem for someone like him.”

And he also spoke about Dovizioso who, in the last few months, has done two tests with Aprilia: “I understand Dovizioso’s choice. He’s a rider who’s won a lot in the past, proving he’s competitive. He wants to race, and I don’t know if he’ll do it again in the MotoGP or in cross. That’s a choice he has to make.”

But many dream of seeing the rider from Forlì with Aprilia: “I think Dovi took this opportunity because maybe he resented how it went with Ducati. He consequently took advantage of this opportunity with Aprilia. Like I said, the choice of what to do will depend only on him.”