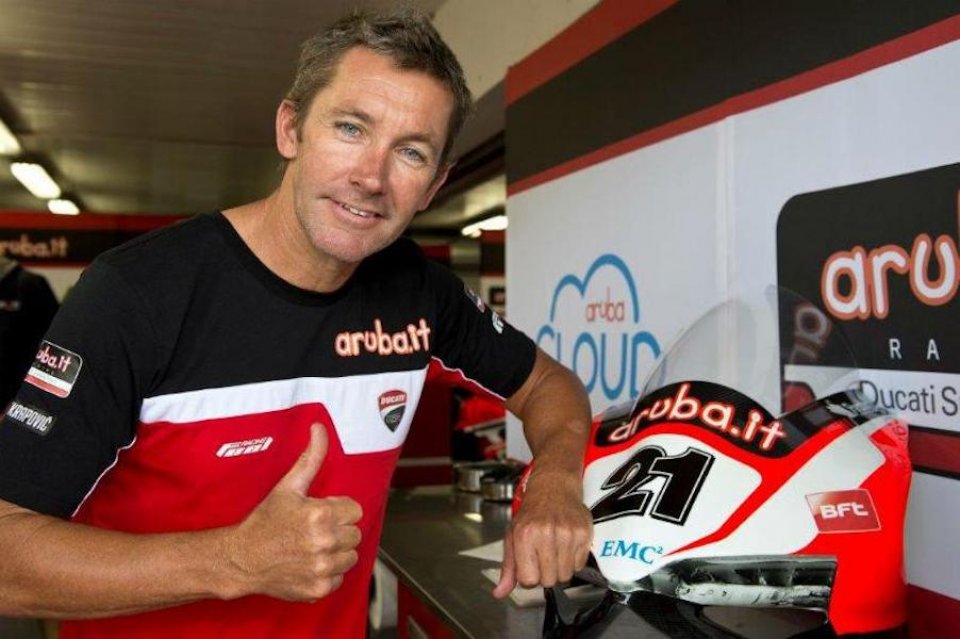 Troy Bayliss has suffered a serious bicycle injury and is currently recovering at his Gold Coast home. Through a message on social media, the Australian champion made it known that he will be back on the bike as soon as possible, a constant message in his career, full of injuries and stops. We have gathered together the most important of these to underline the strength of Troy who, in difficulties he has always managed to pull something extra out of himself and return.

One of Troy Bayliss’s first major injuries came at Imola in 2001. The Australian was already world champion and for the final round of the year he sported a silver livery for his Ducati. It did not bring him too much luck however because in race 1, trying to overtake Laconi to catch Xaus, he crashed and broke his shoulder.

Two seasons later and Troy was in MotoGP and at the penultimate race of the season he suffered concussion in an attempt to pass Melandri and take the lead. The crash was a violent one, like the impact of Troy's head on the ground. A helicopter took him to the hospital where, after the initial concerns, he could breathe a sigh of relief: it was "only" a concussion.

In 2005, during his first (and only) year away from Ducati, Bayliss said an early goodbye to his season due to a training injury to his wrist. 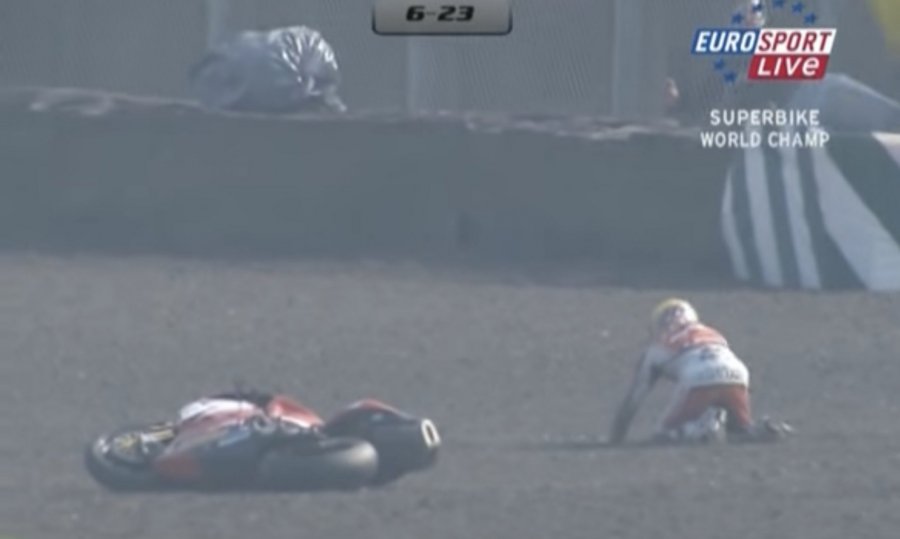 Among Troy Bayliss's accidents, the one that is certainly remembered more than others happened at Donington Park in 2007. The Australian crashed in Race 1 at the European GP and arrived at the Medical Centre; when he saw the damage to his little finger, he suggested to the doctors that they amputate it so he could race the next day and continue his battle with Toseland. After making this request Bayliss passed out and the doctors had to cut off his finger. In addition to this, Bayliss also picked up some discomfort in his testicles in that accident. HERE IS THE VIDEO OF THE CRASH

The crash in 2008 testing was auspicious for Bayliss who then went on to win the SBK title for the third time at the end of the year. The Australian broke his collarbone at Phillip Island in a contact with Regis Laconi. 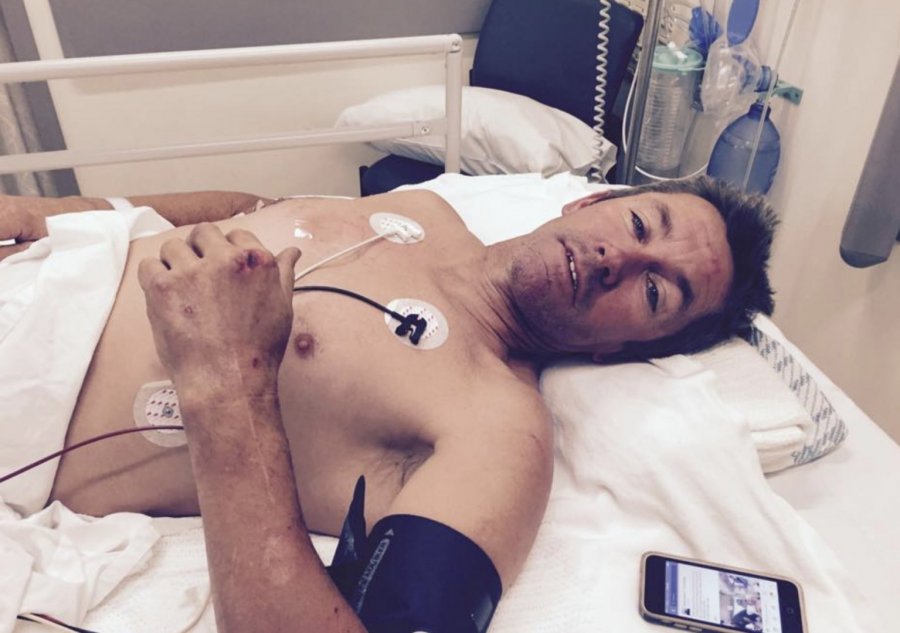 2015 did not bring much luck to the Australian who broke his ankle in Sacramento in June during the Flat Track semi-final and only three months later, at the beginning of September, he crashed in the Australian Senior Track Championship. In this latest fall Bayliss broke his collarbone, his left thumb, some vertebrae and a rib.

The last big accident on the track at fifty years of age. Bayliss continued racing in the Australian Superbike Championship and during free practice for the first round of the year he broke the little finger of his left hand and in the race also the middle finger of the same hand. An operation was necessary during which Troy also had a plate removed from his right ankle.