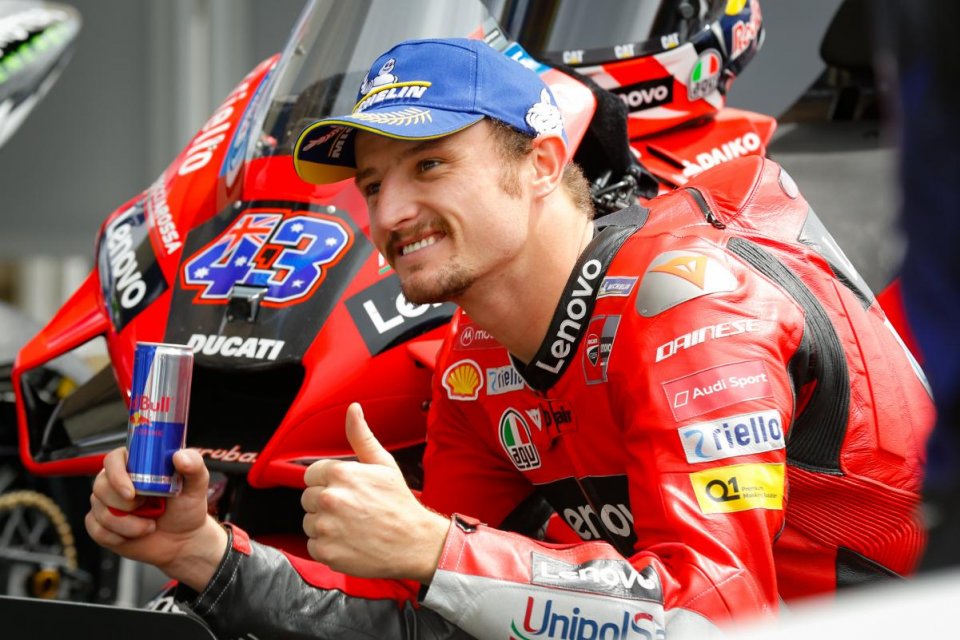 This Jack Miller guy has really got a taste of it. After having triumphed two weeks ago in Jerez, he has seen fit to drop an encore in a crazy Le Mans GP, ahead of Fabio Quartararo's Yamaha. A double win in grand style, which has convinced the Ducati top management to renew their confidence in him again for next season.

On the occasion of the week leading up to the Mugello weekend, Ducati will announce the renewal of the contract with Miller, which should be for one year with an option for the second. It’s a major sign of esteem for Jack, who is showing great confidence with the GP21 despite a low-profile start to the World Championship.

We mention that Miller had signed a one-year contract last year, unlike Pecco Bagnaia, who put pen to paper on a two-year term. The fact is that now also in 2022 the two will find themselves in the team together.

In addition to the topic of riders, there will also be the one linked to the satellite team. In recent weeks there has been no shortage of contacts with VR46, as well as with Gresini, who is trying to understand which way to go in view of 2021. The next few weeks will certainly be crucial.