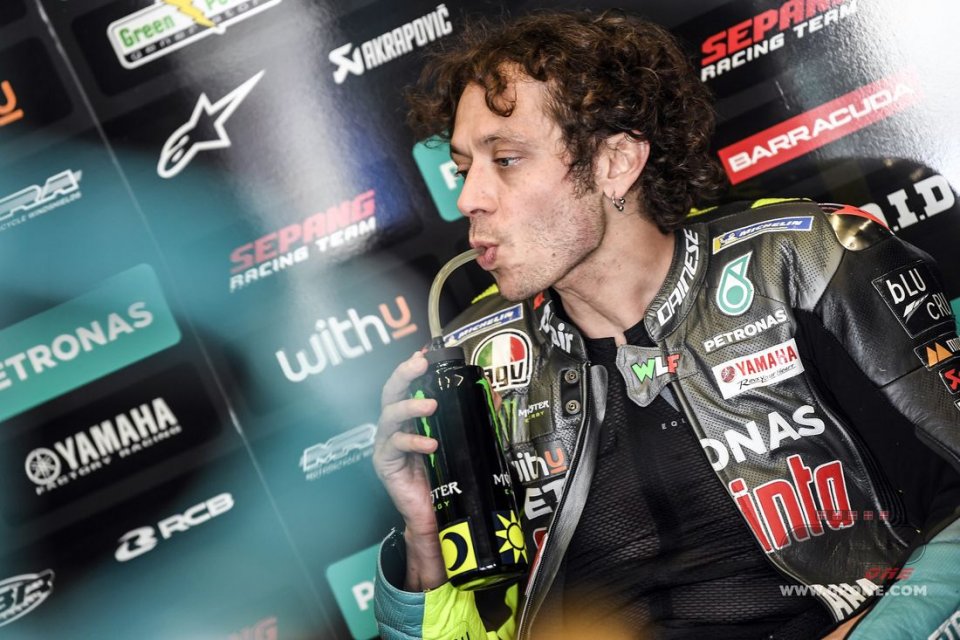 Valentino was not wrong about the Jerez tests, the work done in Spain was useful and the ninth time at Le Mans is the confirmation he was looking for. Rossi naturally appears more relaxed and at the end of the day he spoke not only about his performance, but also about his team in MotoGP. These weeks, in fact, are also decisive for deciding which bike he will race with.

“I would say that we are at a good point, everything is confirmed, including the support of the sponsor - he underlined after the rumours that questioned Aramco's involvement - We are talking to Yamaha and Ducati, both choices have pros and cons. I would say that there is a 50% chance for each, but the decision is not up to us alone. I think the situation will be resolved in the next few weeks, it won't take long. In my opinion we will know everything after Mugello ”.

How involved are you in this project?

“I would say averagely, I'm not the one to decide by myself. I have already said that I don't want to work too much, I like being a rider but really working has never been a great passion of mine (laughs) ”.

So let's talk about Valentino the rider: this has been a good day…

“Already in the morning, in the wet, I felt good on the bike, I was quite fast. But I needed dry conditions to understand if the work done in the Jerez tests would help me here too. I was lucky, I was able to push and get an answer. I'm in the top 10 and I managed to ride better, to be more consistent. Now I am able to go into the corners faster, I have improved in braking, and I am a bit stronger than in the first races. "

What has changed on your M1?

“That work helped me a lot. We had changed the setting and the weight balance, tried a different fork and a new carbon swingarm, all these things helped me to improve in braking and cornering, I feel better on the bike ”.

Is there still any more margin to improve?

"I still have some problems in downhill braking, I'm a bit at the limit, but it's only Friday. What happens in the next few days will depend a lot on the weather, the forecasts for the race are not fantastic, but here at Le Mans everything can change in 5 minutes.

Now that the worst seems to be over, how have you faced up to the start of the year?

“I know it's only Friday, but today I'm very, very happy. It's hard to stay motivated when you go so badly, you get pessimistic, and can't see the light at the end of the tunnel. I try to stay calm and remember the times when I won 11 races a year, they keep me company (laughs). Friends and the team have helped me a lot, I felt great support from Petronas. In the end, in the MotoGP, it only takes a moment to change everything, just look at Petrucci: last year he won at Le Mans and today he is last ".

There were a lot of crashes at Turn 3 today, what is the reason?

“That curve is a nightmare, on every lap, when you get there, you're worried. It is the first left after two right-hand corners, a straight, and another right-hand corner, so in low temperatures the tyre is cold on that side. It is also not flat, but it has negative banking, it is counter-slope, which is a disaster for motorcycles. Finally, that is a part of the track that the cars also use for the 24 Hours, so the asphalt is more damaged and has less grip. It is a combination of these three factors ”.