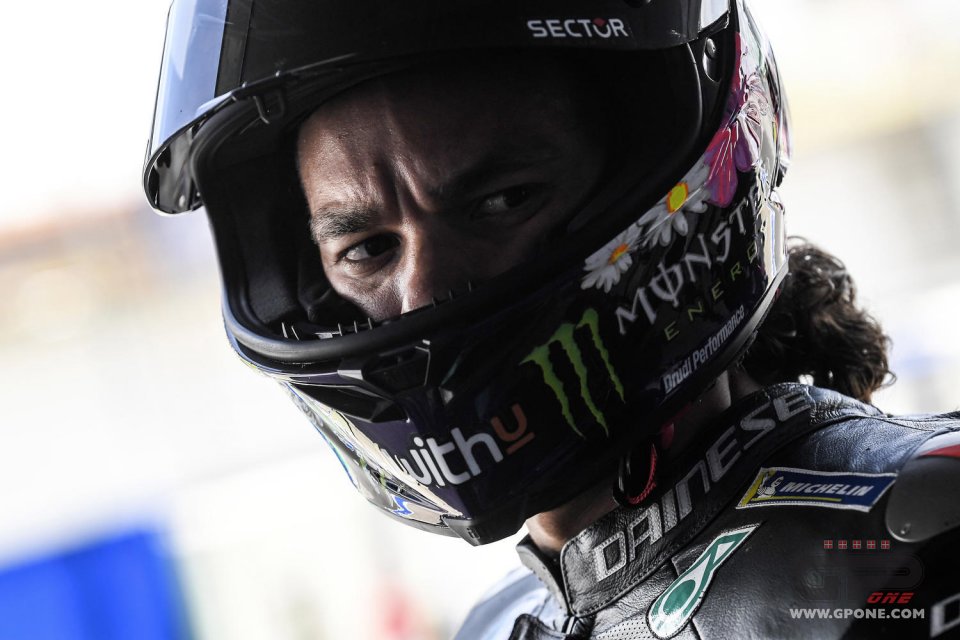 Franco Morbidelli finished fifth on Friday at Le Mans, managing in the afternoon to stem a situation that caused some concern in the morning. In fact, it became clear to everyone that the Yamaha M1 was not particularly comfortable in the wet, so the dry track in the afternoon allowed Franco to exploit the potential of the Iwata bike in almost perfect conditions.

Gaining access to Q2, assuming that it rains tomorrow as widely expected, represents in any case another step forward for Morbidelli towards rebuilding a confidence that in the first races of the season seemed to have almost evaporated only to return thanks to a podium at Jerez. Continuing to be fast is the only solution. However, one eye is clearly on the future and a relationship with Yamaha to be consolidated with a factory bike. However, the situation is not easy, as Franco explained.

"I like Yamaha and I would like to continue my relationship with them - said Morbidelli - If I have an updated bike, my love for Yamaha will be even greater. There is nothing clear at the moment because we have to wait a bit more time for some confirmations. Even Petronas and Yamaha still do not have an agreement and this is a nice question mark for me to remove before I understand the situation. I must first understand if Yamaha will continue with my team or not. Not having this answer now is a nice question mark for me "

But have you talked to other manufacturers?

Speaking of the present, how do you describe this Friday in Le Mans?

"It was a positive day in any case. We didn't have a lot of time in the wet this morning, but we're all in the same boat in Yamaha from this point of view and we need to improve. At least I'm not the only one having problems and that's important. This afternoon, on the other hand, it was a particular FP2, because it felt more like a qualifying session. Everyone just wanted to set a good time fearing the rain tomorrow, so I didn't focus much on the bike and the sensations, but rather on trying to always be fast. I did it in the end, because fifth today is good. That's why I would define it as a positive day ".

Are you worried about seeing the M1 so slow in the wet?

"I'm really worried about our performance in the wet to be honest. We can't call ourselves fast, we're not in the same positions as we are in the dry, so we certainly have to do something because last year was like that too. Fast in the dry, very slow in the wet. I don't remember a recent race where the Yamahas were the strongest bikes of the group in the wet. But that's the way it is, at least in this part of Yamaha's history. It's nothing terrible, I think there is a problem that there has always been in recent history and we have to work on it, especially the factory riders. I hope they do something. "

At Le Mans, these difficulties seem even greater in the wet.

"I think there is a negative combination of track and bike here. When it is wet our bike suffers more from the drop in grip, I think we suffer more in acceleration than Ducati and Honda. Here there are some violent accelerations where in my opinion I lose a lot of time. Then our strong point, which is mid-corner speed, becomes less usable in the wet due to the lower grip. At least that's my idea. For the race I would like stable conditions, I have never done a flag-to-flag, but I don't want to do it ".

Confirmation has arrived that you will race twice in Austria, not the best track for your M1…

"I don't like the idea of ​​racing twice in Austria. I like the track, the circuit, but it's clearly not a very friendly track for my bike. I'm disappointed to think there will be a second Grand Prix, not because we race there but rather because of the rapport between my M1 and that track ".