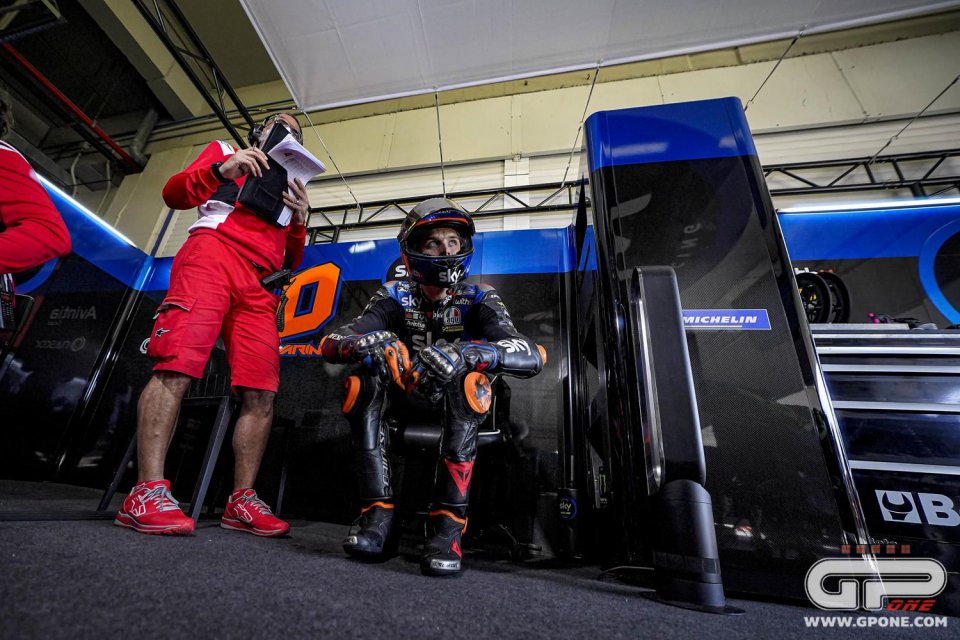 First time with a MotoGP on wet asphalt for Luca Marini who finished the day 21st, at 1’34”147. The Italian rider said he was satisfied and happy at the end of two sessions that started with a blank sheet. Tomorrow it’ll be difficult to improve before qualifying, but the goal for #10 is to increase his confidence on a wet track.

“Today was interesting in wet conditions. I’m happy with the tires,” Luca began. “I also enjoyed it a lot because the asphalt wasn’t too wet. I think that by doing as many laps as possible in these conditions, I could find the right confidence with the bike and be fast. The Ducati does well when it’s wet. I hope there's going to be another session tomorrow in similar conditions. It could be interesting to continue working this way, especially for me.”

Other riders said they struggled with the tires after three laps because of the cold temperatures.
“Yes, that’s true. There was a lot of wind, and it didn’t help. If it doesn’t rain tomorrow, I’ll concentrate on working in the first sector, because that’s where I lose the most.”

The fate of your team is being decided  in these days. Are you talking about it with Valentino?
“They only hinted at what point they are. They didn’t go into detail.”

At what point are they?
“They’ll have to say. I think Vale should be complimented. Everyone knows what he’s done, and what he’s doing. Also, being able to create a team in the MotoGP is a great thing.”

When he says goodbye to the MotoGP, do you think he’ll come to all the races? Or do you imagine him like a boss looking from afar?
“I don’t know. I think he’ll also want to take a break when he stops. More than twenty years in the paddock, I think he’ll take one or two years off. He’ll come more sporadically. It’s difficult to understand what role he’ll want to have in this adventure. Now the head of the team is Uccio. In the Moto2, he or Pablo (Nieto, ed) were the reference points. I think they’ll take on the 'boss' role."

Marini: “I really need this break, even psychologically”