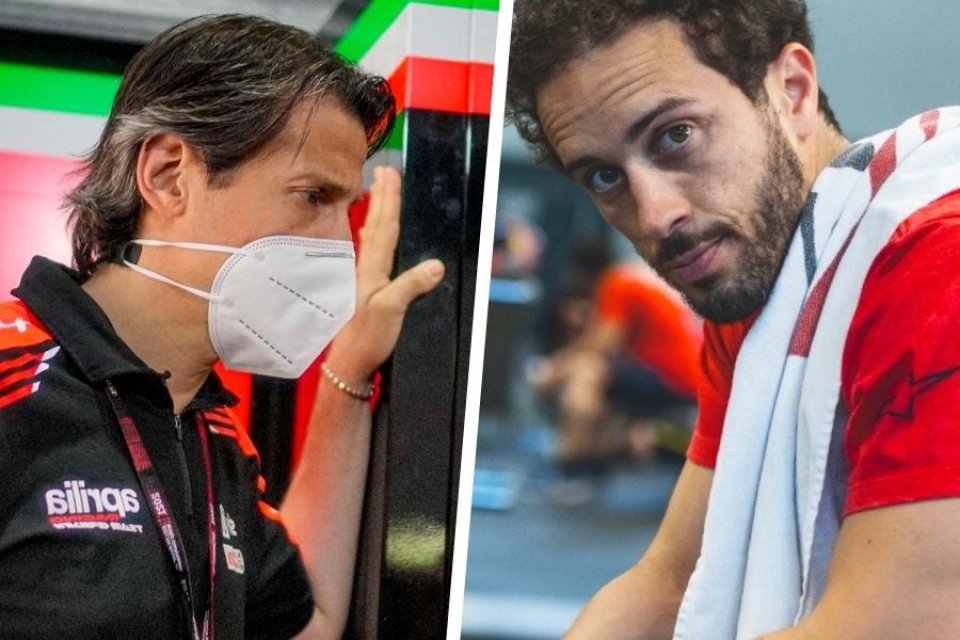 The first day of testing for Andrea Dovizioso ended early due to the rain that fell heavily in the afternoon, flooding the Mugello track. In all, the rider from Forlì completed 25 laps, in eight exits.

When the track was completely wet, Andrea even went out with rain tyres, but after noting that it was difficult to remain upright even on the straight - "it’s a red flag track", he said – because of heavy 'aquaplaning', he decided to stop and postpone the continuation of the tests until tomorrow.

The Aprilia test team brought an RS-GP with different ergonomics to Mugello, to adapt it to the ex-Ducati rider. One tank, one seat position. Many components, but unfortunately there was no chance to really test.

“We try to do the best for him and for ourselves and we believe he can give us a very important contribution to help make us grow - explained Massimo Rivola, CEO of Aprilia Racing - Since we are improving, he could be an important figure to help us take a further leap forward that we are still lacking. It is really nice to see a rider of the highest level like Dovizioso at work, so analytical and precise. I am convinced that he is one of those riders who makes the bike and as a result the team grow. We don't want to put too much responsibility on Dovizioso, but it could be another step for the growth of our team ''.

The idea, however thinly disguised, of Rivola and Romano Albesiano is to continue with Dovizioso.

"Maybe we can have a think about 2022, but we sincerely think that Dovizioso's future is more in his hands than ours" - admitted Rivola, and Albesiano revealed - "the right decision would be to do the next test at Misano".