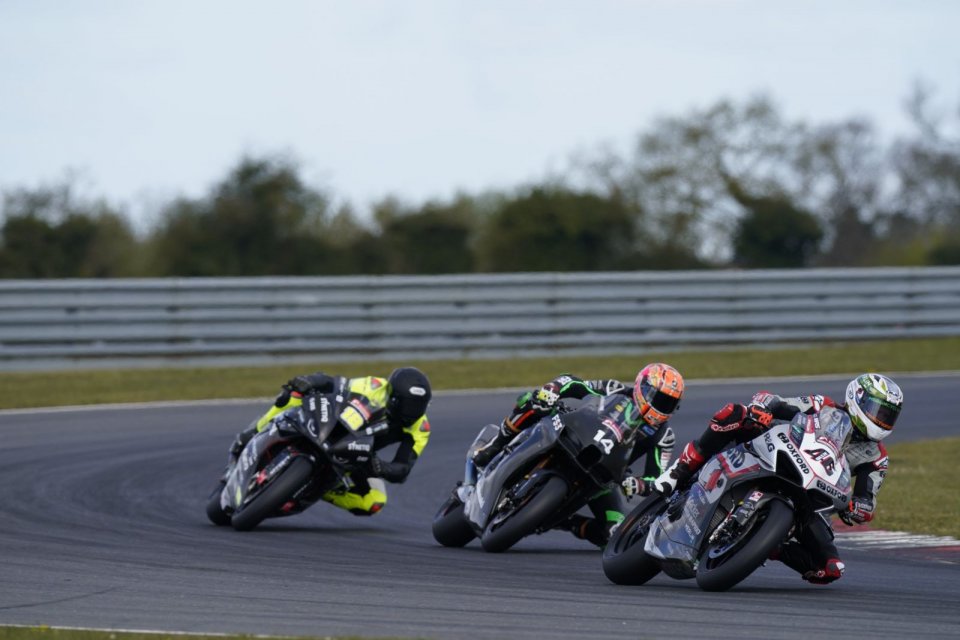 The typical English weather did it again. Intermittent rain, a wet track, and asphalt temperatures well below ten degrees (!!). These were the somewhat prohibitive conditions that forced Race Direction to cancel the final day of the British Superbike official tests at Snetterton, making the teams and riders return home prematurely, and postponing everything till the next round in Oulton Park on May 19th.

If they had a respite from bad weather yesterday, allowing the usual BSB role players to test  in at least two of the three scheduled sessions (albeit with references, to say the least, indicative),  they weren’t that lucky today. Along the same lines as what happened on Tuesday, the Norfolk County cold and rain invited the Race Direction (in agreement with the teams) to make the decision to end the tests reserved for the top class ahead of time. Meaning: three days thrown away, or almost.

With the vast majority of the caravan returning from the former RAF airport (except for a few brave souls from the other categories), everyone’s looking ahead at the British Superbike in Oulton Park on May 19th, where the third stage of the “BSB Test Tour 2021” will be held. Hoping for less inclement weather, these tests will represent an important test bench, in view of the start of the future season, scheduled for the weekend of June 25th-27th on the same track. But that's not all. More than a year after the Brands Hatch 2019 final, the championship across the Channel will finally open its doors to a limited number of fans, with four thousand tickets available.