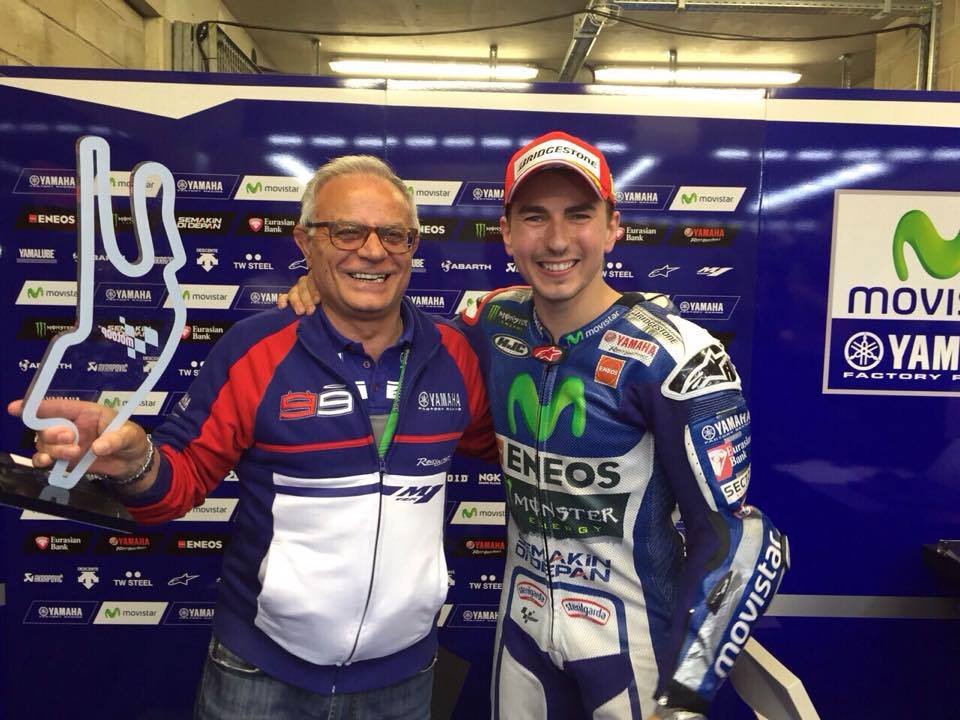 Claudio Scribano is well-known to motorcyclists because he’s been with Jorge Lorenzo for a long time. The MotoGP, however, is not the only field in which the physiotherapist from Ragusa has worked. He’s worked on many champions in many sports, such as soccer (he was also on  Milan's staff), basketball, golf, and many more.  Always engaged in research, he's also a university professor, and one of the best to inquire on what’s happening in motorcycling, with the problem of compartment syndrome that's becoming an enemy for many riders. A long list where Quartararo and Miller are only the latest cases.

Scribano begins by talking about Lorenzo.

“I really like Jorge. Living with him was great,” he recalls. “When I started collaborating with him, he had already undergone surgery for compartment syndrome and had huge problems. His arm was in a rather complicated situation. However, the years he spent with me, he was never operated on, because we worked on various aspects: balance, posture, harmonization. Mine was not psychological support, as some thought, but I was working on his body.”

The physiotherapist thinks that, when a rider has to undergo surgery, then a mistake was made.

“You don’t have to reach Quartararo’s condition.When the situation is that serious, you have to intervene surgically,” he explained. “But you have to start working first. No one should have surgery for compartment syndrome. It’s not possible that a rider who’s winning a race has to lose so many positions. You have to think seriously about these guys. You can’t operate them all because their  forearms hurt. You have to think about it first.”

And is that possible?

“If you look at Jorge’s arm, you’d be amazed that he never stopped because of these problems,” Claudio said. “The reason is that he had competent people at his side. We have to work to prevent the problem. There are techniques to do this. Postural assessment. The body must always be in harmony and elastic. Innovative methods must be found.”

Scribano no longer works in the World Championship, but he has the riders at heart.

“I’m fond of these riders, these guys, who would do anything to get on the bike. They’d even race with one foot. We have to look for solutions to avoid certain things. We have to be careful. We need to talk about prevention. I’m against intervention. That’s not the right way,” is his opinion.

But what exactly happens with compartment syndrome of the forearm?

“It’s a matter of pressure. Bruises occur inside the muscle, the capillaries break, then an edema is created that envelops the fasciae which stick together, and there can also be serious consequences on the nerves, which are compressed,” he explained. “We have to talk about an overall job.  A massage isn’t enough. In motorcycling, we have to think about what the bike does. Training is fine, but you have to think differently. We must try to do everything to prevent certain interventions. With regard to compartment syndrome, we have to work first.”

Scribabo would like the system to change in light of what’s happening.

“Surgery isn’t conclusive. In fact, there are cases of relapses,” he claims. “When you cut, you create scars, even microcalcifications. We need a change in the system, a pre-alarm, which comes even before prevention, to understand what’s happening to these guys. We’re talking about details, which are what allow you to win a race.”