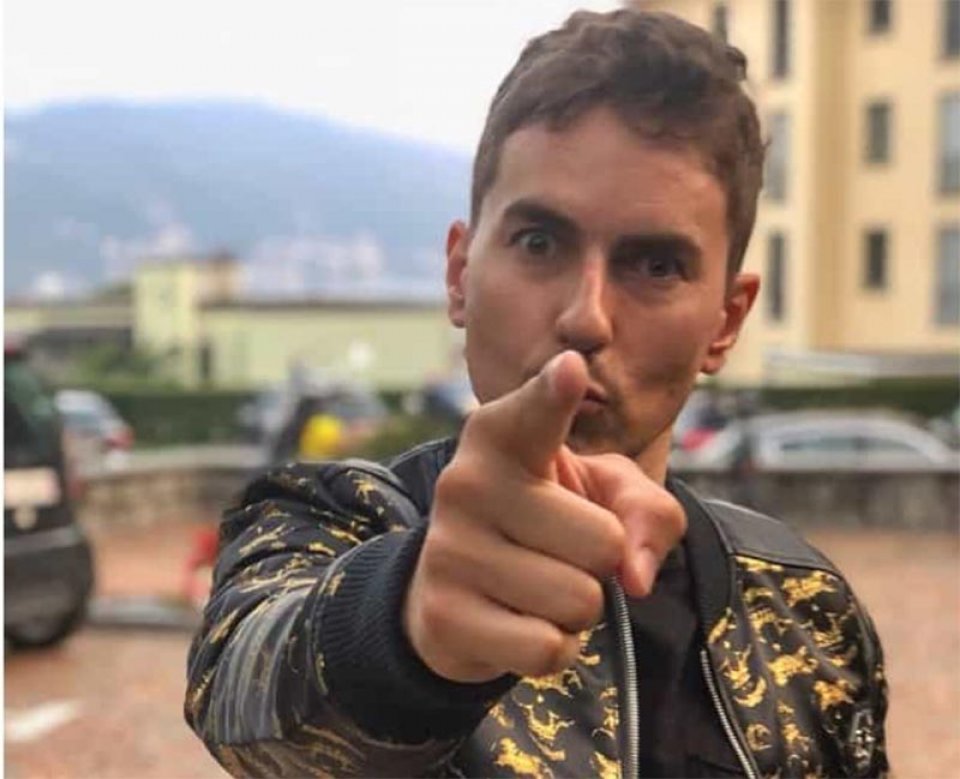 Former racers occasionally recycle themselves as TV commentators, and most of the time they do a great job. This was the case of Max Biaggi in Superbike and now Marco Melandri with DAZN, but also Simon Crafar who comments on MotoGP with great competence.

As we wait to see Jorge Lorenzo with a microphone in his hand, in his VLOG "99 Seconds" (which lasts one hour!) he examined the Spanish Grand Prix giving some outspoken judgements of his former colleagues. Here are some of his judgments.

“Technically there's one thing that really catches my attention and it's the way he enters the corners, sliding the rear wheel in a super natural way. He makes it look easy, but it's very complicated. It's already complicated with a MotoGP bike, just imagine with a Moto3, which is much smaller and shorter, so much more unstable and nervous under braking. He does it in a magical way ”.

Marquez: without the crash in practice he would have done much better

“Marc lost confidence after his crash on Saturday. It is not the same thing to be scared by losing the front, when the rear gets away from you on the gas you are more or less able to control it. This, together with the physical problems he is still suffering from, made it difficult for him to perform well in the race.

“I expected a lot from him after the Portimao result which made him feel like a hero. In the warm-up he had a lot of scares, with chattering and then Marc went into survival mode, he made a small comeback but without that crash he could have done much better ”.

Ducati, Miller and Bagnaia: the Desmosedici ready for the title and Pecco is the leader

"Miller had a good race, but not great. If you get handed that win on a plate, you have to take advantage of it and Miller took advantage of it. For me, he still lacks a bit of precision. He lacks a bit of solidity. Bagnaia has instead become the leader of Ducati and the championship. He has an excellent opportunity in front of him because he is riding perhaps the best Ducati ever. It can be said that Ducati can now win on any track. It is a complete bike. It is true that it doesn't have the best cornering behaviour yet, but it doesn't lose too much. It’s ready for the title ".

“Franco showed great mental strength. It's always difficult to start a world championship badly and get your motivation back, but he did it. He knows he has an inferior bike, but he doesn't let that bother him and he keeps pushing. He is clearly faster than Maverick and Valentino "

Rossi: he is imprecise in riding, strange because he has always been very precise

“I expected a lot more from him in Jerez, or at least an improvement in his results. They didn’t show him much on TV, and in one of the few times he was going off track, he was imprecise. And instead he is normally one of the most precise. Not only is he slow, he is slow in his movements, but sometimes he is also imprecise in corner entry. We'll see if he will be able to surprise us ”.

Quartararo and Vinales: too bad for Fabio, Maverick more suited to a Ducati and a Honda

“Too bad that Fabio had the problem with his arm. To relax the muscle you have to release the throttle, otherwise you won't finish. Vinales once again performed better in practice and with a better pace than his final race result. The only positive thing is that he lost fewer positions at the start. I see smoother corner entry from Quartararo and Morbidelli. Maybe his style is more suited to a Ducati or a Honda, but he rides a Yamaha ”.

Aprilia: it's only a matter of time before Aleix finishes on the podium

"The Noale manufacturer had another great race. They have improved the bike a lot. Aleix lost a great chance to finish in the top four or five. He was a bit hesitant when he overtook Fabio. Too bad, fourth place was a realistic result. It's a matter of time before he realizes it and gets onto the podium"