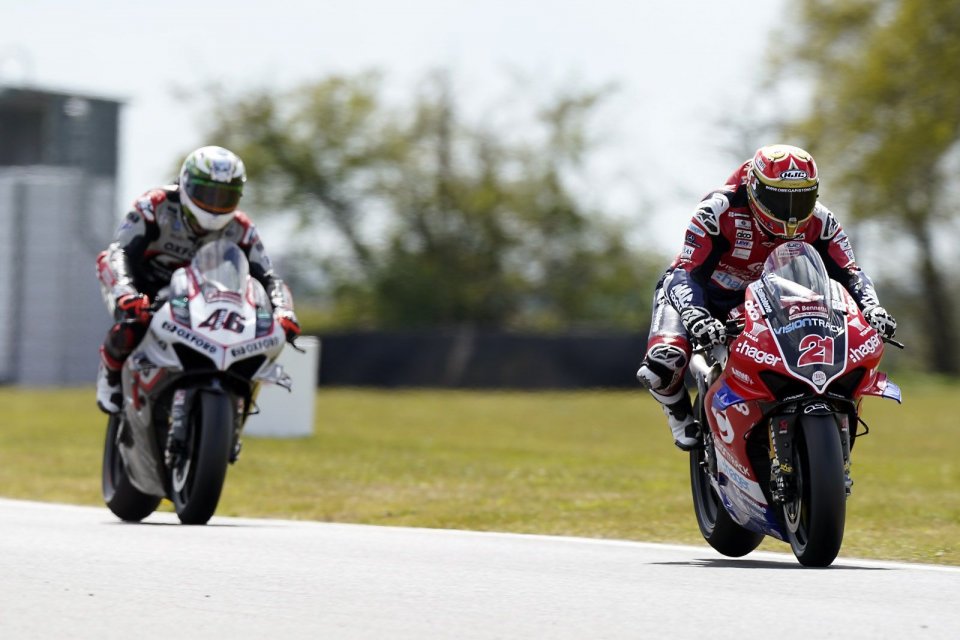 The weather looks like it’s not going to give British Superbike a breather, but hey…what’s new - we are in the UK. After a frantic and futile opening day of official testing at Snetterton, home of the second act of the "BSB Test Tour 2021" (organized directly by the promoter MSVR in preparation for the late start of the season), today the rain and low temperatures once again upset the work schedules of teams and riders, who had just two sessions of half an hour available to put in the mileage. Nonetheless, there was no shortage of talking-points, starting with a Ducati in great shape with Christian Iddon and Tommy Bridewell, and a BMW that appeared decidedly competitive with as many as five bikes in the top ten.

Iddon and Bridewell head the group

Thanks to rain showers a few minutes before the green flag of the final session, which in fact prevented the top class protagonists from taking to the track, most of the benchmarks (for what they are worth ..) were obtained in the second session. Always considered favourable to the characteristics of the Borgo Panigale four-cylinder bike, the former RAF airport exalted the Panigale V4-R. On the same track where he took his first career victory in BSB in 2020, Christian Iddon proved to be the man to beat in both of today's dry runs. Although the track conditions were not exactly optimal, the VisionTrack PBM Ducati rider stopped the chronometer first at 1'51.328 and then at 1'49.162, about two seconds from the record in 1'47.143. Behind was his brand mate Tommy Bridewell (Oxford Racing MotoRapido), only 166 thousandths away, demonstrating what was mentioned previously. In all this, thanks to last week's crash at Silverstone, the reigning champion Josh Brookes (VisionTrack PBM Ducati ) preferred not to take any unnecessary risks and fully recover following the operation on his bruised little finger. 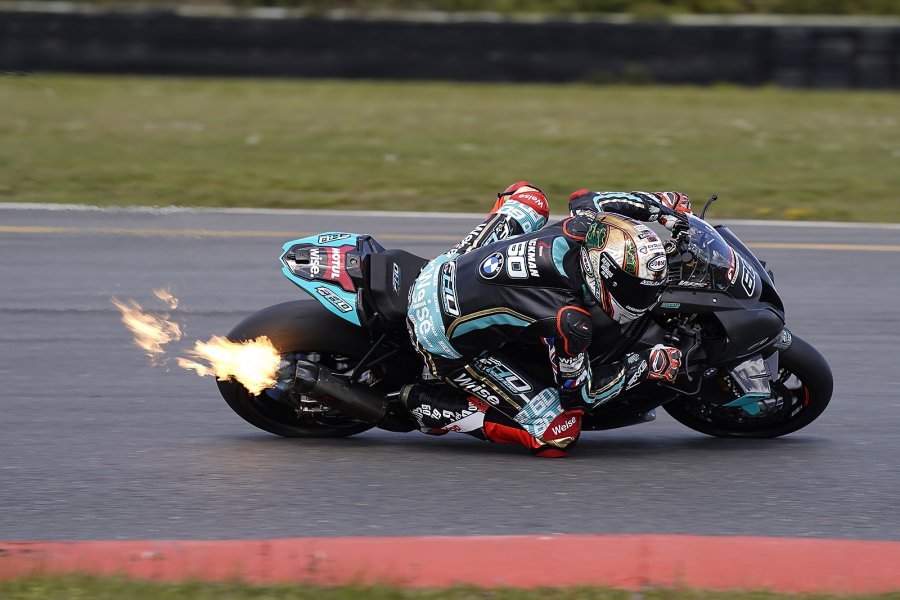 While the tests on the "short" circuit at Silverstone had been useful mainly to shake down the long-awaited M1000RR, the freezing air of Norfolk County highlighted the potential of the Bavarian manufacturer's latest generation model. Competitive right from the morning, in the only noteworthy session the German bikes were particularly impressive. Danny Buchan (SYNETIQ BMW by TAS) finished in third position, 298 thousandths from the top, fourth was Kyle Ryde (only Rich Energy OMG Racing rider present due to the forced absence of the still recovering Bradley Ray..), fifth Peter Hickman (FHO Racing, pictured), seventh Andrew Irwin (SYNETIQ BMW by TAS) and eighth Xavi Forés (FHO Racing) just over six tenths behind. These might only be tests (above all in mediocre situations ..) but, if these are the premises, an interesting 2021 is expected ..

The result of technical regulations capable of balancing performance, even in these circumstances there are nine riders in just seven tenths. Sixth position for Glenn Irwin (Honda Racing UK), while Ryan Vickers (RAF Regular & Reserve) and Lee Jackson (FS-3 Racing) on the 2021 Ninja ZX-10R completed the top-10. Further back was the star of the Silverstone tests, Jason O'Halloran (McAMS Yamaha), 14th with four laps in session 2. Even worse was teammate Tarran Mackenzie, who crashed at Nelson. The same thing happened to Joe Francis (iForce Lloyd & Jones BMW), who crashed at Palmer and was transported to the medical centre for checks. Tomorrow BSB will have three further half-an-hour sessions, interspersed with sessions reserved for the supporting categories, hoping for a milder climate that can guarantee more indicative benchmarks. 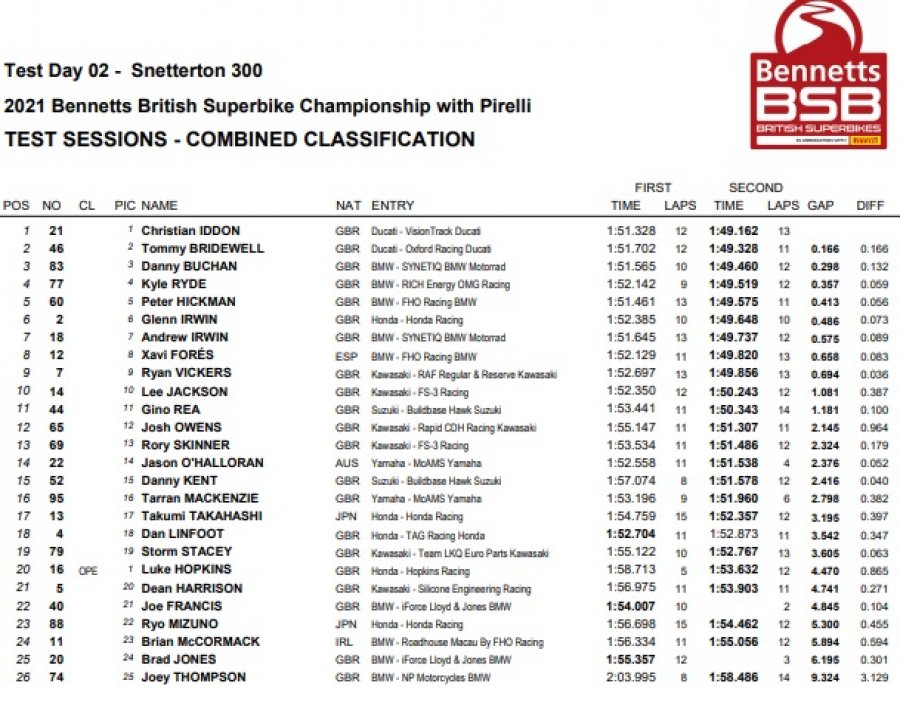