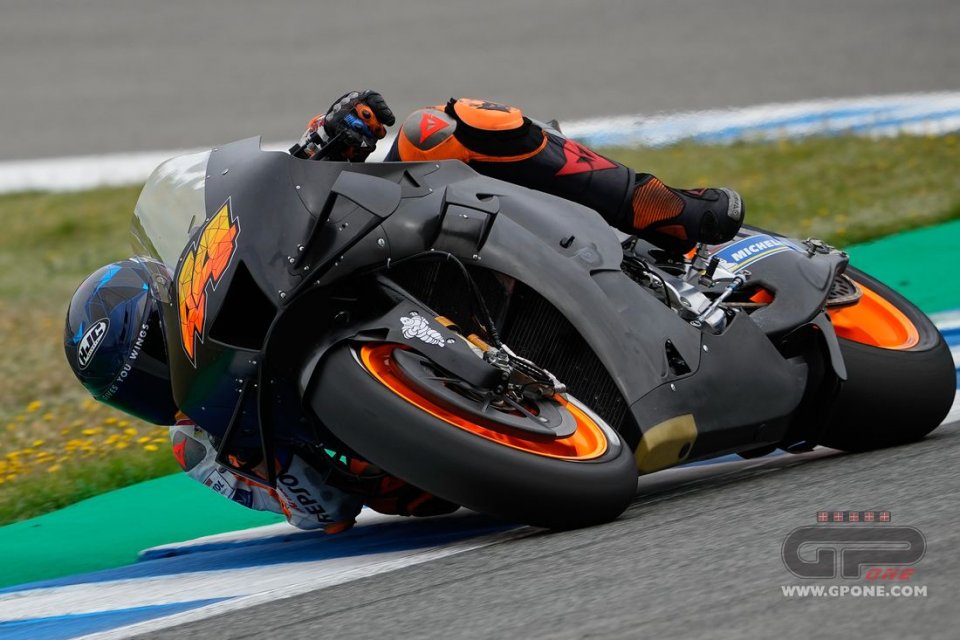 The Honda needs to improve – and rapidly - as since it has had to do without Marc Marquez satisfactions for the Japanese manufacturer have been few and far between and even this start of the year has been pretty devoid of success. This is why the Japanese engineers are rolling up their sleeves and the first aerodynamics interventions were seen at Jerez.

Marc and Nakagami tested the low-wing fairing (Yamaha style) that had already been seen in the Qatar tests with Bradl, but it was not the only new feature. Pol Espargarò took the most interesting one out onto the track and you can see it in the photo above.

This is a distinctly different front fairing from the one used in recent years, with a vertically-expanding air intake, similar to that of some other bikes, but with a more squared-off shape. Of course this detail also affected the winglets, which despite having a similar shape, now have different attachment points, more internal.

All that remains now is to wait to find out if we will see this evolution also in the race.