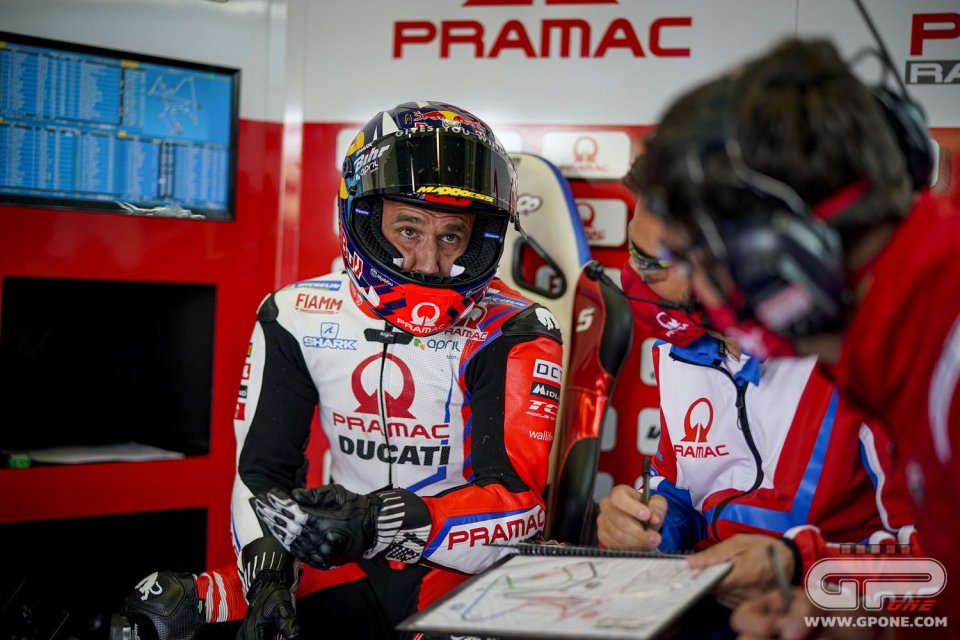 Starting from sixth on the grid, Johann Zarco crossed the finish line eighth. Despite not having a main role in the fight for the top positions, the French rider managed the race to the best of his ability, with the aim of making up ground for the championship, after the zero he got in Portimão.

“Today I scored eight points", Johann began. “After the fall in Portimão, it was really important for me to keep moving forward in the championship, so I’m happy for that. Doing so was my main goal. I’m quite satisfied with the Ducati. There’s potential, and I was able to take advantage of it, even if not in all the laps. The race went quite well in terms of pace, but I had some problems feeling comfortable on the bike, and it was a bit difficult towards the end of the race.”

What do you think of the Ducati’s performance?
“The positions I lost at the start of the race made me lose some time. But I’m happy with the result of the Ducatis. It confirms that my feelings about the bike’s potential were right. I have to adapt my style to the bike, and then I can be more competitive. Tomorrow there’ll be tests, and I’ll prepare for the Le Mans race in the best way possible. Everything I’ve learned from this weekend will be useful for the upcoming races.”

Do you already have plans in mind for tomorrow? Will you try something new?
“Yes, we have to do some tests on the suspensions, because I have specific feelings. It’s also the reason why I have difficulties in some laps. There’ll be quite a few things to do. We don’t have to revolutionize the bike. I’m already competitive. We just need to find something to help me.”