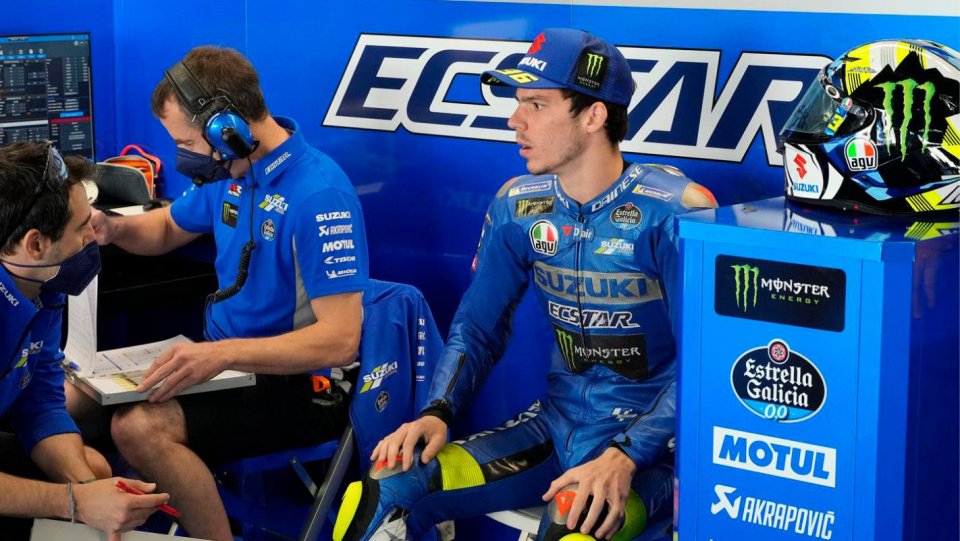 The Jerez Grand Prix gave Joan Mir a fifth place. The Spanish rider didn’t get on the podium in his home race but, at the same time, he was consistent. After all, we know him well. It’s one of the aspects that distinguished him over the course of the past season and, consequently, he certainly doesn’t want to abandon it.

On one hand, he’s aware of having given it his all, on the other, there’s a hint of regret, since his ambitions were quite different.

“I’d say that I’m more satisfied than happy,” Joan began. “Unfortunately, here in Jerez, it’s difficult to stop the bike when you approach a rider in front of you. This was one of the key aspects, since I couldn’t brake, and I struggled. In the end, however, I know I gave it my all, and I couldn’t ask for more from this race.”

Mir then tries to see the glass half full.
“I’m not here to make excuses. If I had a faster rider in front of you, I would most likely have improved my pace, but you can’t go past a certain point, because it’s like having a wall in front of you. The problem is that this situation is starting to be frustrating on tracks like Jerez. However, the important thing is to have given it my all and to think, race by race. Personally, I’m not worried about the World Championship, since I’m not looking at the general classification at the moment. In fact, I knew that the start of this season would be difficult but, right now, we’re ahead of riders who started as favorites and we can’t forget that.”

The focus then shifts to Marquez.
“Marc is a rider to keep an eye on, even if the situation he ended up in is complicated. Maybe he thought that, after 2019 and early 2020, it would be easier to get back on his own path, but it wasn’t like that, since you suffer if you stop a year in this MotoGP. In recent years, many thought that Marc was an alien, but we’ve seen that he’s human like all of us. Maybe he could have thought: ‘I’m Marc Marquez, and I do what I want.’ Unfortunately, that isn’t the case, because the level of the MotoGP has risen, and there’s a great competitiveness on the track. He’s certainly a talented rider and, if he finished tenth today, we can only say that he was good.”

He finally talks about Quartararo.
“I’m really sorry for what happened to Fabio. It’s like you’ve won a race, and then you end up with a red flag. Unfortunately, he had this physical problem and, I have to say, there are several tracks where your forearms are put to the test. Without a doubt, Jerez is one of them.”