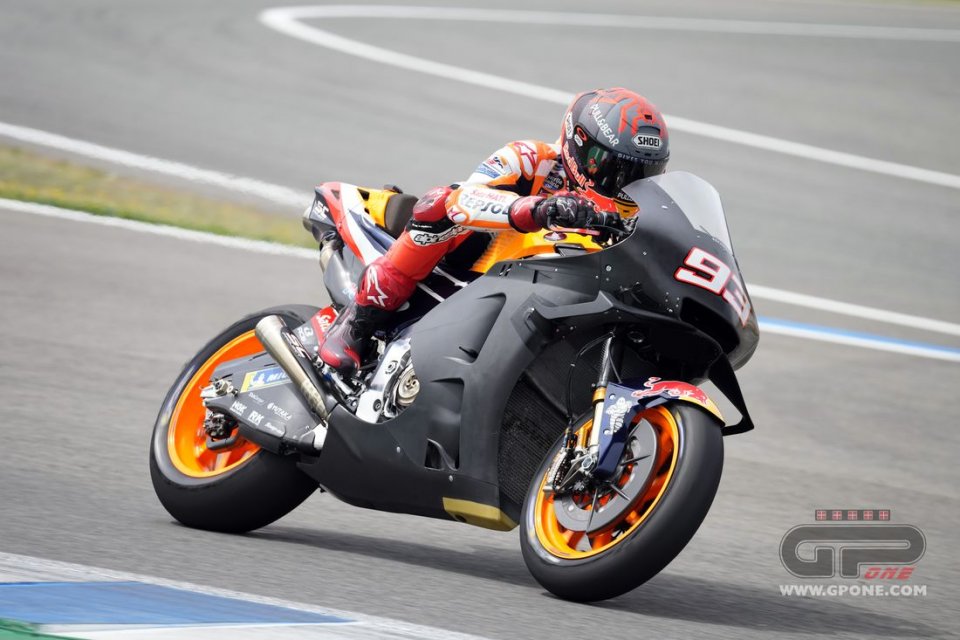 Seven laps, of which the best in 1’38.303 which earned him the sixteenth time in testing almost a second and a half from the benchmark set by Maverick Vinales. That was how the Jerez test ended for Marc Marquez, held back by his physical difficulties.

However, the Spaniard took the opportunity to take to the track with the Yamaha-style fairing, already used by Bradl in Qatar, then returned to the pits, taking off his helmet and leathers.

No media debrief at the end of the day, just a tweet from #93, in which he posted: "Due to all the effort I did yesterday in the race, today I woke up very contractured at the shoulder/right arm. We tried to start the Jerez Test but I immediately saw that I was very limited to continue training. Time to recover to arrive at Le Mans as best conditions as possible!”

We’ll be waiting to see him in less than two weeks in France.