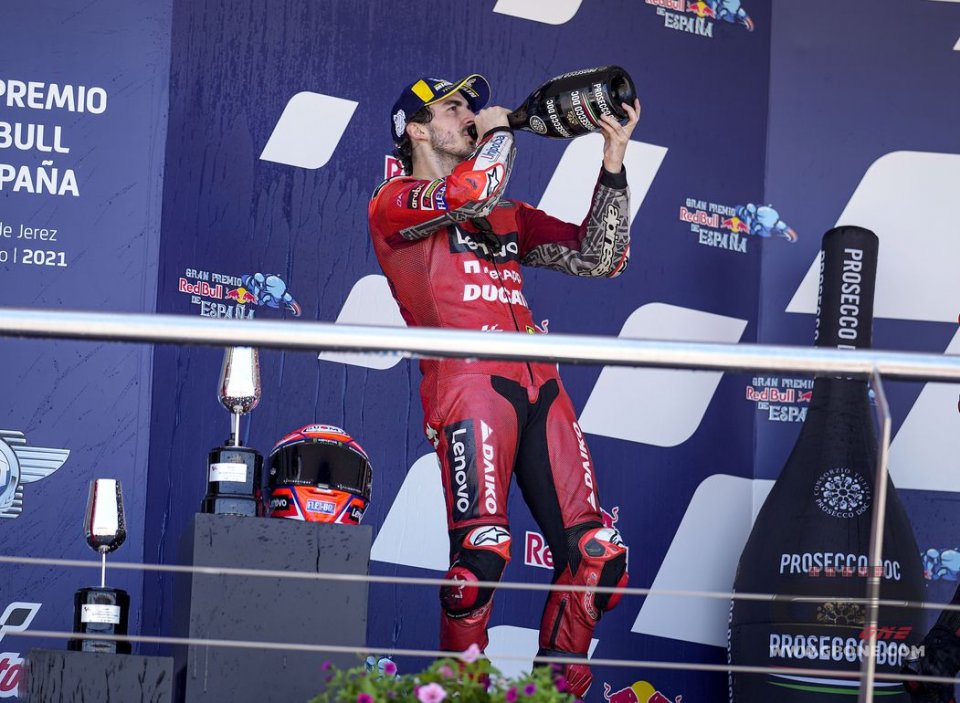 Bagnaia today did about forty laps on the track where yesterday he got a podium that earned him the lead in the MotoGP championship. His test ended in the early afternoon but was fruitful on a track that has long been taboo for Ducati and which yesterday was the scene of a historic double.

"Today we finished a job that we had been carrying on with for some time, from the tests in Qatar - explained Pecco, without revealing any details - We had some doubts and we got rid of them, I completed the planned program and I also managed to improve my pace ".

All in the best possible way, as befits the MotoGP leader, a status that yesterday, at the end of the race, the rider from Piedmont was still struggling to realize.

“It's only been 25 hours, I still have to get used to it - he joked today - I know it's something big, but I’m trying not to think about it. Only 4 races have gone by and it would be wrong to think about being in the lead or thinking about managing the situation. I'm only focused on the next race, on Le Mans, let’s see what happens ”.

Bagnaia however seems to find himself entirely at ease in that position and even the move to the factory team does not seem to have had any contraindications for him.

"I think that the pressure it gives to be in the factory team helps me to stay more focused in certain situations," he noted.

More importantly, his love affair with the Desmosedici seems to be very solid…

"For me the Ducati is the best bike there is - he expounded - I feel good, I ride it in the right way and I have great confidence in the front. All bikes have their pros and cons, we can count on top speed, stability and excellent braking, but we suffer a little with traction. Today we worked on that area and we took a step forward and I think there is still room for improvement. "

It could not go any better and the next tracks, on paper, are friendly for the red Italian bikes...

“Le Mans is a good circuit for us, Mugello is excellent, like Barcelona and Assen - Pecco said - At Sachsenring, on the other hand, I think we will struggle, and nobody has ever raced in Finland. The next three tracks are sure to be very good. The overseas ones? I don't think we will go there, it would be nice, but we will have to see what the health situation will be in October ”.