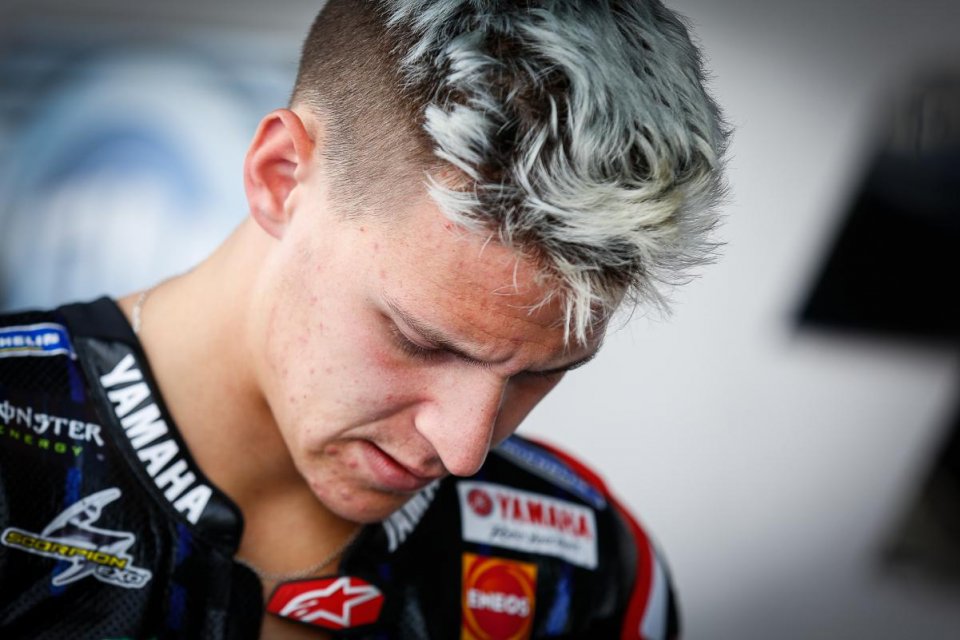 “It’s quite easy to know I had a big issue with the arm. I suffered for six laps with pain, then I couldn’t do any more”. These few words are enough to shed light on what happened at the Jerez GP, where Fabio Quartararo was forced to throw in the towel after dominating the race in the early stages.

Due to the stiffening of his forearms, the Yamaha rider had to raise the white flag, handing over the sceptre to Miller and having to settle for 13th place ahead of Petrucci's KTM. It was a bitter pill to swallow for the French rider, who after being protagonist on Saturday and a brilliant start, could do nothing else but give up in the face of his physical problem.

“I'm so sad for what happened, because I was feeling really easy in front, I was P4 and I could overtake them. I was comfortable with the pace, we had amazing pace this weekend and just had no more power in the arm. It was dangerous for me to ride for half a race, but I didn’t want to stop because I knew that maybe one or two points can be really important for the championship. I gave it all, and unfortunately, I had this issue.”

And just think that in the past the arm pump problem he had been suffering with had already emerged, so much so that in 2019 Fabio had to undergo surgery.

“Honestly, I don't know what I'll do, since at this moment there are so many alternatives in my head and I don't even have the serenity I need. I will discuss this with my manager and people close to me, so that I can make the right decision. Last year, in Portimao, I suffered with my arm, while this year it went exactly the opposite. I'm so sad, because today I had a great pace, I could have won, but then I didn't have any more strength."

Pain aside, the M1 also showed great potential at Jerez…

“I think I was super-fast here in Jerez, enough to find great confidence with the bike and have a pace that no one else had. But now there are too many options, my brain is just full of people telling me to go in one place, to go to the other, and actually, right now I’m… lost. As for the tests, I don't know if I'll be there tomorrow. I will evaluate it".