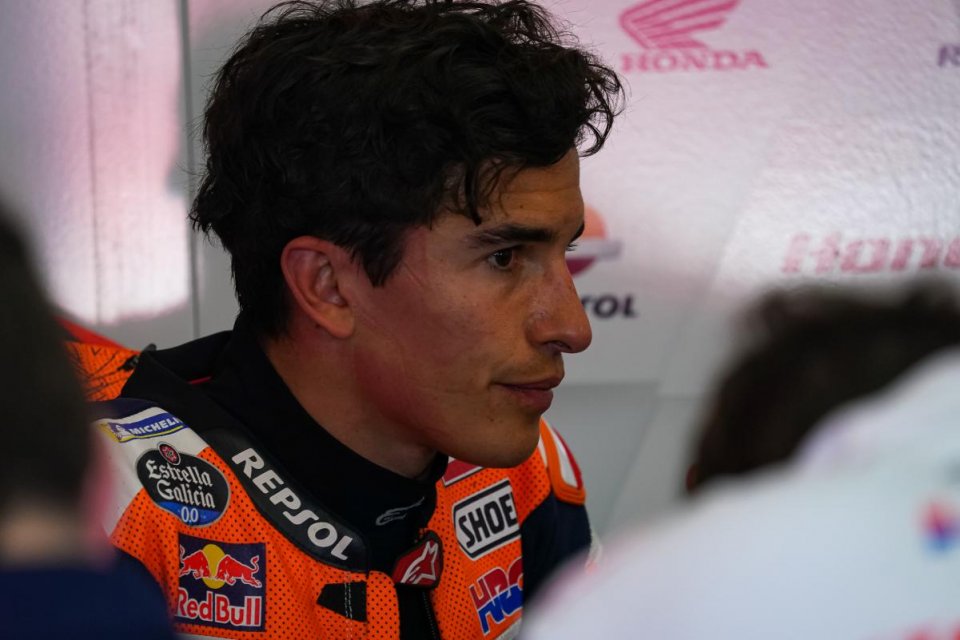 He gritted his teeth, finishing in ninth place, ten seconds from the top. But he doesn’t care much about his position because, at the moment, his attention is all focused on his body, from which he expects certain results.

The most important thing is that, in Jerez, Marc Marquez managed to take a step forward on his path towards recovery, putting aside the difficulties he encountered two weeks ago in Portimao. It’s going to take a while, but Magic Marc has no intention of stopping, aware of what his strength is.

“I’m happy, not so much about the result, but because I felt better on the bike, suffering less than in Portimao,” he began. “I started fourteenth. I managed to improve, lap after lap, so much so that I was as fast as Zarco and Vinales. Then my physical condition started to drop. But what matters is to have understood what aspects to work on with this Honda.”

Marc then explains what needs to be done.
“Today I had the opportunity to follow Pol, as well as Bradl, but also Mir. I realized that we lose a lot when exiting corners, which used to be our strong point in the past. So we have to work to improve and, if I wake up without problems in the morning, I’ll try to do a few laps and assess some components. I’m not interested in doing many laps, but work based on quality.”

Marc then talked about the safety issue linked to the Andalusian track.
“The MotoGP bikes are getting faster, and everyone is trying to have more performing bikes. This means that the ride-off areas  are getting shorter for the speed at which we arrive. This is true for many other circuits, not just Jerez.”

At a time when Honda is struggling a lot on the track, we rely on the experience of its spearhead.
“I’m looking for the right path to follow. We're lacking  in several places, but Honda is working hard to bring us new components. The priority is not to lose the direction in relation to what my feelings are. Right now, I ride the bike the way I like, but I still don’t have the right balance I was used to.”

Finally, Marc sets his program from a Le Mans perspective.
“In the morning, I’ll wake up and assess my physical condition. Tomorrow will be the last day I’ll be riding the bike before Le Mans. On Wednesday, I’ll have a medical check-up to see if I can increase my weekly workload from a physical aspect. Right now, like I said, the most important thing is that I feel better physically. During this weekend, I suffered physically, so much so that my neck was blocked. All the difficulties encountered are due to yesterday’s accident and not to my arm. That’s okay.”