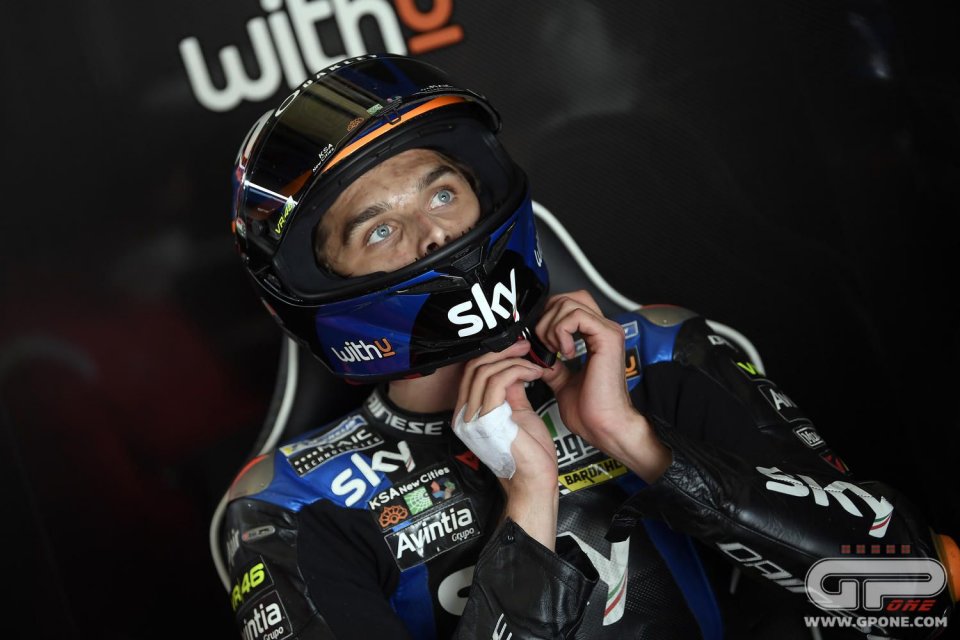 Luca Marini sixteenth. Both Avintia Racing team riders finished the Spanish Grand Prix with zero points, for different reasons. #10, riding the Ducati Avintia VR46, wasted a lot of time trying to make up for a bad start, obtaining precisely the opposite result.

“I’m not happy with a last place. The whole race was conditioned by my mistake. During the first laps, I lost a lot,” Luca analyzed. “I also made a mistake at the start and, in trying to recuperate as quickly as possible, I went straight. I lost seven seconds in the first two laps. My pace wasn’t bad, and I’m satisfied with the management of the tires. I’m improving slowly,” he then continued. “I could have gotten some points, since many riders fell, but I also could have not finished the race, and I think getting to the bottom is always important to collect data. I think I did my best lap after half the race and it was decent, as I expected.”

Overall, are you satisfied with the weekend? Tomorrow you can work on the data you collected in the tests.
“Yes, exactly. I’m satisfied with the work done with the team but not with the position. I have to gain experience. Now that I’ve improved the tire management aspect, I’ll be able to focus on the first laps. Tomorrow, in the test, I’ll have to do some laps with a full tank of petrol, because. when you race. you have four  or five kilos  less, but then, in the race, we start with the heaviest bike. Also, when I change the map, I’m not very precise, so I’ll work a little on the electronics.”

What do you think of the result of the official Ducati?
“Congratulations to Dall’Igna and to all the Ducati engineers, obviously also to the riders! In my opinion, being first and second in Jerez, which is a historically unfavorable track, shows that the work has paid off . Today I had the opportunity to keep up with Tito Rabat for a few laps. He wasn’t riding smoothly. The potential of the factory bike is incredible, it accelerates very hard and runs well. I think they’ve made a great development.We need to continue like this. The level of the other teams is very high,  and I’m sure Gigi will come up with something new.”

What happened today?
“I was braking really hard to try to overtake and, instead, I lost a lot of time. Then, when I was  alone. it went better. I didn’t manage the first part of the race well.”

What do you think about the problem Quartararo had with his arms? Speaking with other VR46 Academy riders, they said that none of you have ever suffered from compartment syndrome. In your opinion, could the reason be your way of training?
“I’ve had problems in the past. I think it may have various origins. It could be because of the suit sleeves being too tight, which was my case. It could be that the brake lever is in a somewhat odd position. It’s not easy for mechanics to reset the bike to the exact same position every time. Or it could result from improper physical preparation of the arms. In my opinion, it can be one of these reasons. I remember that Celestino Vietti also suffered a bit from this. Sometimes it could also result from the change of category. Switching from a smaller bike to a heavier one leads you to brake more forcefully.”

Marini: “I really need this break, even psychologically”

Marini: “A disastrous race, I felt like I was on ice”