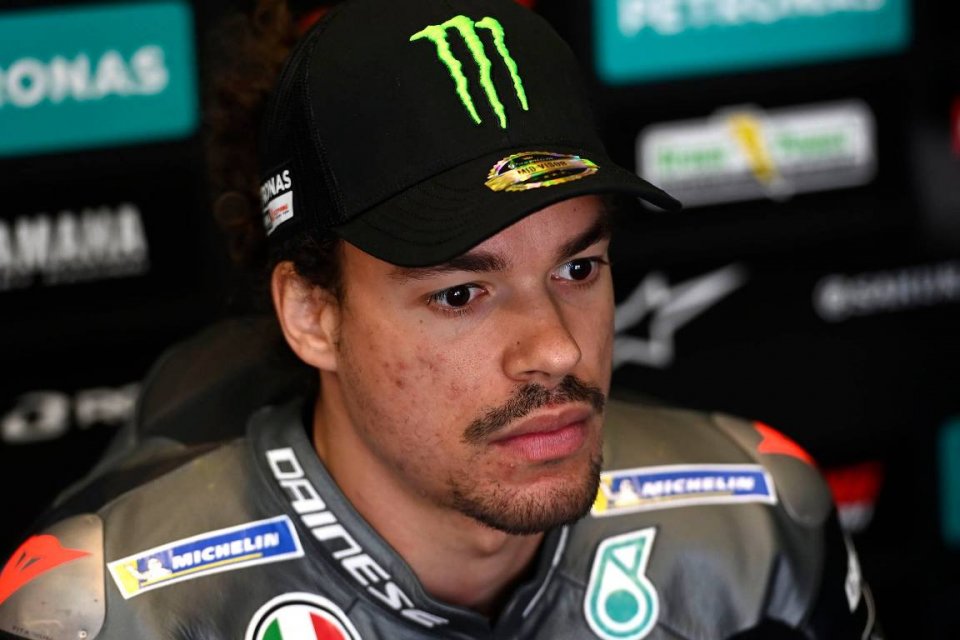 Franco Morbidelli ended Friday in Jerez with the fourth fastest time, but there’s very little to smile and be happy about. Despite his position, the Petronas rider is aware of the fact that the competition has an edge, and he’s consequently forced to chase.

In fact, ending up with a 2019 bike to compete with the best in the class is a really bitter pill to swallow, so much so that the Roman rider from Tavullia makes it understood in a clear and concise way.

“I’m quite happy with this Friday,” Franco began. “We worked on the set-up of the M1, going in the direction we took in Portimao, and we managed to be fast. My pace was one of the best, along with that of Aleix Espargarò. So I’m happy to be in the top five without a time attack, even if no points were scored for the World Championship on Friday.”

Speaking of the World Championship, Franco was asked the following question: do you think you can battle it out with this bike and do others have to start worrying?
“With this Yamaha, no. There’s a really big disadvantage on the straight, which is normal. My bike is from 2019, and it’s normal that the other construtors, as well as mine, have progressed in development. At this moment, I wouldn’t announce anything exciting. In fact, I concentrate, race by race.”

Disappointment is evident in his face, even as he tries to contain it. On the other hand, we know Franco. He'll smile and is capable of wearing that mask in dark moments.
“At the moment, there’s no one riding my M1, let alone a 2019 bike. I’m a rare avis who lives in the past, but tries to make the past work in the present.”

So a World Championship is certainly not an easy one for him, even if Jerez can be a friendly track.
“Here, in Jerez, the straights are not long, so I can be competitive, since the track has long and smooth corners, where I feel good. The Championship. It’ll be a bit like the Endurance. This year, I’ll have to make uniformity my strength, like Mir did last season.”