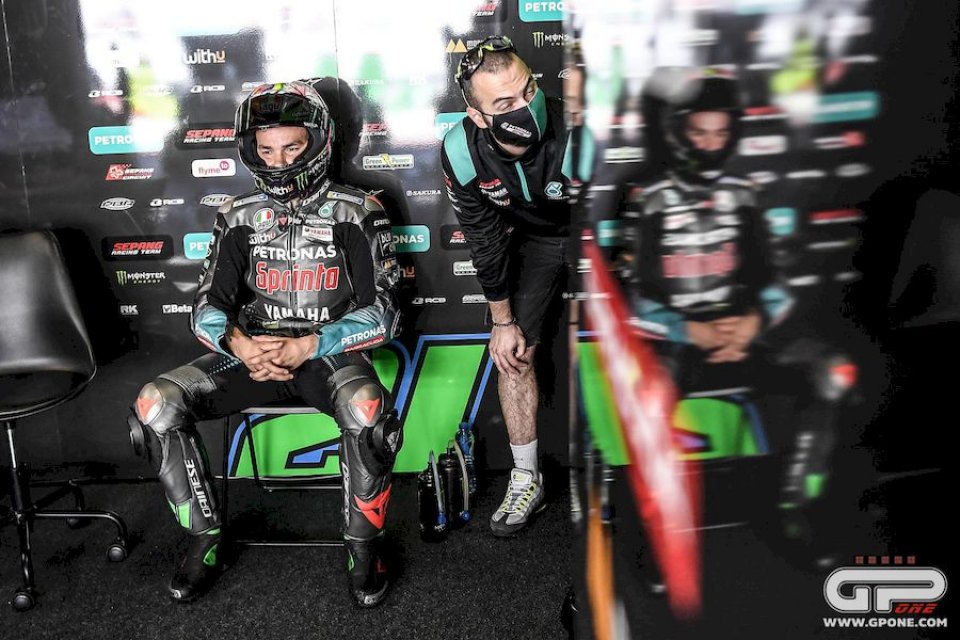 The weekend began with the news of Valentino Rossi's entry into the MotoGP paddock also as a "manager" with his team and, as expected, talks about the satellite teams for the next few years have intensified more and more. Everyone is talking to everyone these days, and the players on the pitch seem to be looking for the right deal.

One man who wanted to make things worse and so to speak, "throw fuel on the fire", is Franco Morbidelli who confirmed to Sky Sport that in 2022 he will have an official Yamaha. The Italian rider, second in qualifying today behind Quartararo still rides a 2019-spec M1, technically inferior to that of Rossi, Vinales and Quartararo himself.

"Honestly, I’m living this moment quite well - said Frankie - The results give great pleasure but there is always a part of me that is a little sad about this situation. Now I'm playing things by ear, a lot of things have to line up for me to do these performances and the first two races in Qatar have shown that this year is very difficult. However, next year I will most likely have official rider treatment.”

The mystery therefore thickens: Morbidelli signed a two-year contract with Petronas during the 2020 season and is the only rider on an M1 not directly involved in agreements with Yamaha. Just to remind you, however, that Razlan Razali’s team and, above all, Petronas, one of the most important companies in the world, still does not have an agreement for the next seasons with the Iwata manufacturer which now also seems to be courted by the nascent Valentino Rossi team..

In the event that VR46 were to sign with Yamaha, Morbidelli will have a way out to be able to ride an official M1 next year, right in the team of his current teammate.

Negotiations are still ongoing and the market is in total turmoil. Aprilia will have a Factory team next year and, at least for that, it will no longer make use of the Gresini Racing structure which, however, has a contract with Dorna to stay in MotoGP …which means that it will have to find a home, which will probably be with Aprilia or Ducati. In addition to this, the Esponsorama team will disappear from the paddock and make room for Valentino Rossi's team which therefore seems to have a triple path: Yamaha, Aprilia or Ducati.

Goodbye Petronas: and now Yamaha's B team is also at risk