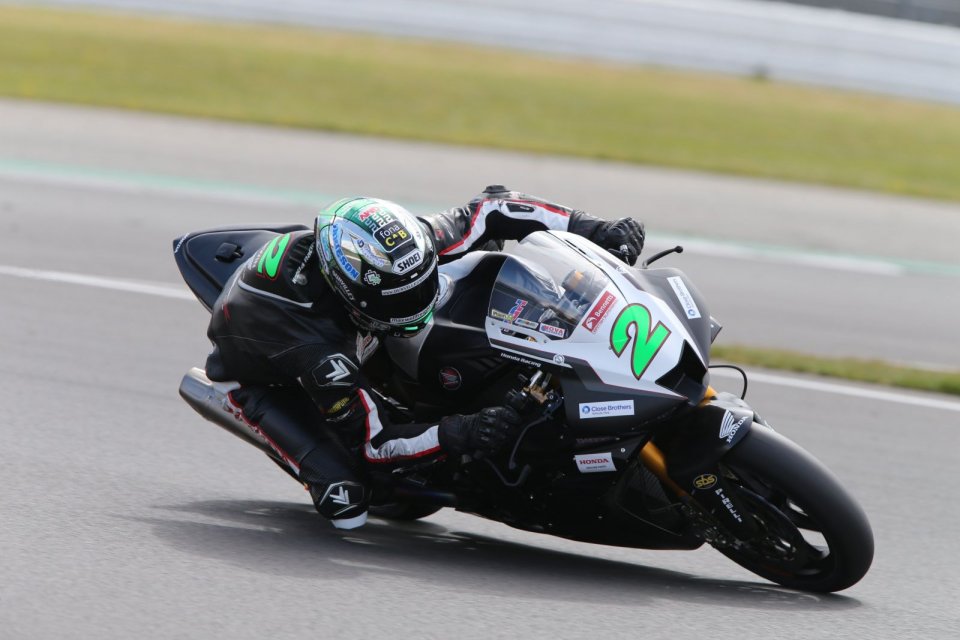 With an end to the long winter break, in the UK domestic championship everyone couldn’t wait to get back on track. As confirmation of this, on the second day of official British Superbike tests (the so-called "BSB Test Tour", organized directly by the promoter MSVR) on the Silverstone 'National' layout, things started to get serious. Today's four sessions saw Glenn Irwin emerge, with Jason O'Halloran literally impregnable in terms of pace and Josh Brookes crashing in the end.

Glenn Irwin in the lead

Looking to make amends following the disappointing end to 2020 and far from the spotlight in the previous sessions, the Honda Racing UK rider achieved the best performance with a lap time of 53.139s. Well below the track record set last year by O'Halloran in 53.342s, despite the low temperatures and a few drops of rain, the Carrickfergus man came good in the third session of the day, only to be edged out at the chequered flag by Kyle Ryde in the fourth. In addition to being the only one in the leading group riding the CBR 1000RR-R, given the necessary adaptation phase of his Japanese teammates Takumi Takahashi (18th) and Ryo Mizuno (19th), Glenn Irwin was given the task of choosing the direction and development path to follow this season. Now all that remains is to see him at work over the long distance.

After dominating the opening day, today ‘O'Show’ proved to be outstanding in his tyre management. Although fifth overall two tenths from the top, in the third session the McAMS Yamaha man showed a sensational race pace: 20 consecutive laps on the 53s mark, taking advantage of the specific Pirelli SC0 at the rear. As if that weren’t enough, despite a brief pit stop, he completed eight more laps with the same tyre, putting in his personal best lap in the final one available. With this performance, Jason O'Halloran is one step above his rivals as they gear up for the new season. Something similar can be said for his teammate Tarran Mackenzie (photo above), second overall just 61 thousandths from Irwin's Fireblade and making a rapid recovery after his double crash yesterday afternoon. At the moment, the 2021-spec engine is working perfectly on both YZF-R1s (yesterday O'Halloran was the only one to use it). 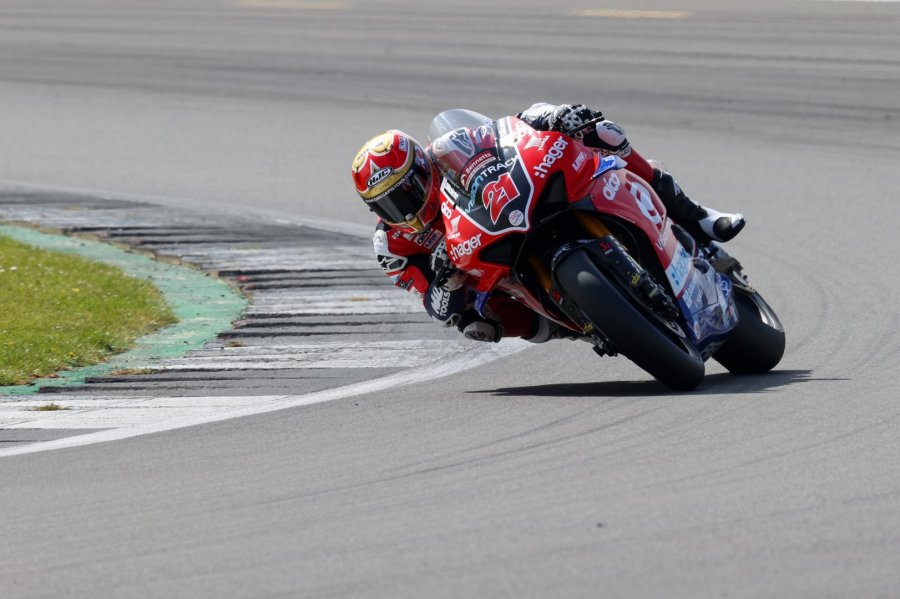 Slightly less incisive than expected, in the VisionTrack PBM Ducati team they tried to work on various areas they were unable to experiment in 2020 due to the COVID-19 emergency, all at the expense of a time attack. Looking at the standings, Christian Iddon's ninth position (above) and even Josh Brookes' 12th stand out. While the 36-year-old again focused on the long run, the reigning Champion was the victim of a crash in the change of direction between turns 3 and 4, without any serious consequences (a bruise on his little finger ..). Thirteenth was Tommy Bridewell (Oxford Racing MotoRapido) on the third Panigale V4-R on the grid.

Returning to British Superbike after a period in BSB SuperStock 1000, Danny Kent seems to be back in the "good old days". The new Buildbase Suzuki rider – and 2015 Moto3 World Champion - finished day 2 in a formidable third position in 53.313s, after setting quickest time in the second session. Behind him was Kyle Ryde (Rich Energy OMG Racing) on ​​the BMW M1000RR, who topped the timesheets in the first and fourth session. Most of the attention of Paul Curran's structure was focused on him, thanks to the forced absence of the resting Bradley Ray, whose place was taken by rider coach James Ellison. In sixth position Gino Rea (Buildbase Suzuki), ahead of the SYNETIQ BMW by TAS duo of Danny Buchan and Andrew Irwin. Tenth a revived Ryan Vickers (RAF Regular & Reserve Kawasaki), just out of the top-10 Xavi Forès (FHO Racing) in eleventh position. The two Ninja ZX-10R 2021 of the FS-3 Racing Team are currently lagging behind: Lee Jackson (17th) and Rory Skinner (20th), the latter slowed down by a technical problem in the fourth session. The BSB teams and riders will be back in action next week, from 4 to 6 May, on the Snetterton track for the second leg of the "BSB Test Tour".